Cool Effect to work with Livari for zero net emissions 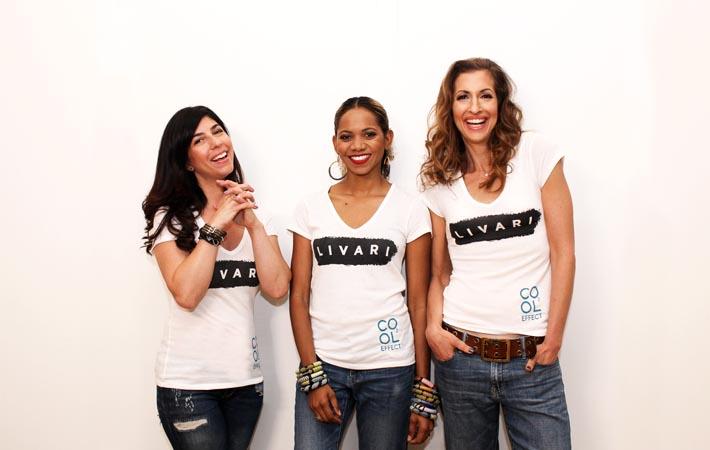 The Brooklyn, New York based Livari is already ahead of the curve for sustainability practices in the production of their line. This includes use of responsible fabrics and materials, local printing and manufacturing, and using unique techniques for minimal waste such as using excess rust to hand dye silk and cotton, and replacing silk with cupro, which is a regenerated cellulose fibre derived from cotton linter. Ethically made production efforts aside, Livari is committed to doing even more to offset the production of the line and has retired 25 tonnes of carbon with Cool Effect to achieve net zero greenhouse emissions. The partnership will officially kick-off at the debut of the inaugural collection on September 13 at New York Fashion Week as part of Kia STYLE360.

“I’ve been a long time personal supporter of Cool Effect, an organisation committed to science, transparency, and to the idea that anyone, anywhere can join the battle against climate change,” said Alysia Reiner. “The fashion world isn’t exactly famous for being environmentally minded, but that doesn’t mean it isn’t full of people who are ready to fight for Earth. With so many shared values and goals, Cool Effect was an easy choice for Livari when looking for a partner to help us take action and reach net zero emissions.”

Cool Effect currently features 11 carbon reduction projects on its platform, with efforts ranging from protecting acres of forest in Peru to installing efficient cookstoves in Uganda. Livari has chosen to support a biogas digester project in Bagepalli, India which converts cow dung into clean biogas. Support of this project contributes to a reduction in carbon pollution, air pollution, and water pollution while also helping with waste management, soil fertility, and forest conservation. By reducing methane emissions, Livari is helping fight climate change one retired tonne of carbon at a time.

“Cool Effect allows conscious consumers to take immediate action to help the planet while still living their lives: going to work, buying new clothes, blow drying their hair, etc.,” said Marisa de Belloy, CEO of Cool Effect. “We’re thrilled about the partnership with Livari because fashion is a part of life and Livari shows consumers that it can be done in a sustainable and conscious way.”

In addition to retiring carbon tonnes to cover the initial footprint of the line, Livari is also enabling its customers to directly fund the same clean biogas project by including a tax-deductible contribution of one tonne of carbon mitigation into the purchase price of a limited edition t-shirt featuring a custom design from distinguished artist Hodaya Louis. The Livari runway collection will be showcased at the Caravan Stylist Studio showroom at The Gregory Hotel in New York City beginning on September 14, and will be available for purchase online at LIVARIclothing.com. (SV)