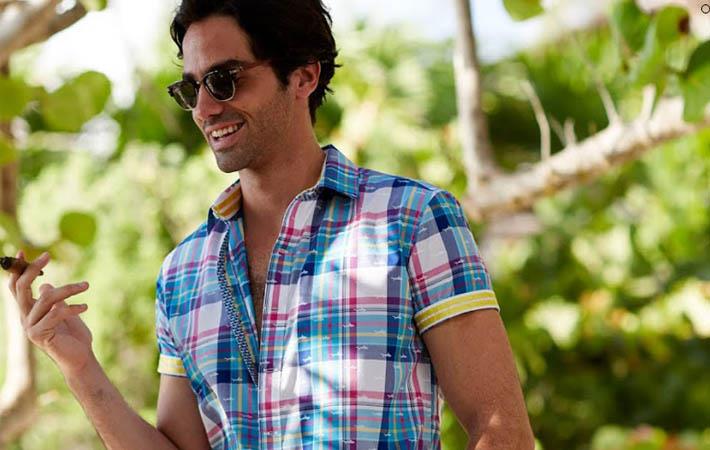 Courtesy: Differential Brands
The gross profit of Differential Brands for the fourth quarter of 2017 increased $2.1 million, or 13 per cent, to a total of $18.9 million, compared to $16.8 million in the fourth quarter of fiscal 2016, primarily related to the comparable increase in sales volume. Total company gross margin was 41.9 per cent compared to 39.9 per cent in Q4 of 2016.

The company's net sales for the three months ended December 31, 2017, increased 7 per cent to $45.1 million, reflecting a 6 per cent increase in wholesale segment sales and an 8 per cent increase in consumer direct segment sales. The wholesale increase was driven by 40 per cent growth at Swims, as well as by modest growth from the Hudson brand, primarily at full price specialty store doors. Robert Graham Wholesale was down marginally for the quarter, (1 per cent year over year) due primarily to the timing of certain off-price shipments that were moved into January 2018. The increase in the consumer direct segment was led by retail store growth of 10 per cent.

The gross profit of Differential Brands for the fourth quarter of 2017 increased $2.1 million, or 13 per cent, to a total of $18.9 million, compared to $16.8 million in the fourth quarter of fiscal 2016, primarily related to the comparable increase in sales volume. Total company gross margin was 41.9 per cent compared to 39.9 per cent in Q4 of 2016.#

"I am pleased to report that all of our brands produced positive total comparable sales, improved margin dollars, expanded margin rates and leveraged SGA during the fourth quarter, 2017. We were also very pleased with the momentum of our consumer direct business, especially the continued progress of our Robert Graham stores during the quarter, which were up 7 per cent for the quarter on a comparable basis with store net sales momentum continuing into Q1 2018. Robert Graham ecommerce, in particular, saw both more traffic and a greater conversion rate during the 4th quarter. Swims continued to compound its top line, growing 40 per cent during the quarter as a result of European growth and the opening of an additional store during the quarter compared to the same quarter last year. Swims also continued to expand its US based brand awareness and distribution points. Lastly, Hudson continued to post solid wholesale performance, increasing wholesale channel sales by 5 per cent," Michael Buckley, chief executive officer, said.

"For the upcoming 2018 fiscal year, we have planned several key initiatives within each of the respective brands. At the Hudson brand, we plan to test limited retail stores in the United States and we are in development of a new line of sportswear to complement our denim products for the Fall 2018 season. We are also investing in additional sales staff at Hudson to help grow our diversified and important specialty store business across the country. At Robert Graham, we are adding additional catalog drops and circulation, as well as expanding the Robert Graham assortment, through licensing, to include home furnishings and additional accessory styles. Lastly, at Swims we are offering an expanded assortment of footwear starting Spring 2018, to go along with our outerwear line in Europe for Fall 2018. We also will be adding our first full price Swims store at a key high street location in Oslo, Norway in Fall 2018,". Buckley concluded. (RR)

Harold Weghorst
Lenzing AG
Lenzing E-Branding Service is a one-stop digital hub for...
Subir Mukherjee
Bhaskar Industries
There is a need for superhighway connecting India and...
Susan Bhaktul
Industree Foundation
Leveraging artisanal skills
Mohd. Showkot Ali
Maksons Group
The pandemic had made Bangladesh’s RMG sector capable to...
Kay Unger
Kay Unger Design
"If you really want to pursue fashion, it is fine. But it...
Tiziano Guardini
Label - Tiziano Guardini
Wear something that makes you smile
Susumu Miura
Label - Avalone
I create with my own sense of style