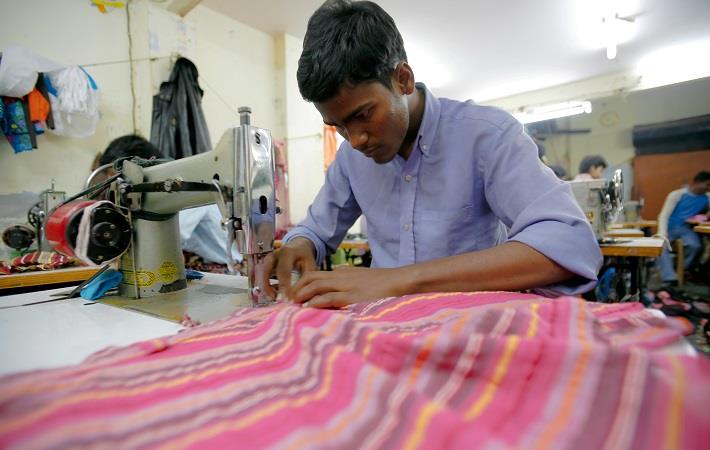 Pic: Shutterstock
Riding on healthy domestic demand and a spurt in exports, Indian readymade garment companies are set for around 300 bps revenue growth to around 10 per cent in 2019, compared with around 7 per cent in 2018, according to Mumbai-based Crisil Ratings. Profitability of garment manufacturers is also expected to improve, supporting their credit profiles.

“Higher revenue growth will render benefit of operating leverage and will help improve profitability. Further, profitability of exporters is also aided by favourable exchange rate and restoration of incentives, resulting in better cash generation, which will improve the credit profiles of Crisil-rated readymade garment firms this fiscal. Credit profiles had moderated in the previous two fiscals owing to relatively lower depreciation in the rupee against the dollar and a reduction in export incentives,” the Crisil report said.

In the five years through 2018, domestic sales logged a compound annual growth rate of 9.6 per cent to ₹4.83 lakh crore, which was 80 per cent of the sector’s revenue. “That pace is set to increase to 10-10.5 per cent in 2019 for two reasons: increasing penetration of both organised retail and brands in tier II and III cities, and rising growth of value apparel retail segment,” according to the report.

Complementing healthy domestic growth will be a rebound in exports growth to 7-8 per cent this year after two years of de-growth (1 per cent in 2017 and 2 per cent in 2018). In the first six months of 2019, India’s apparel exports are already up over 10 per cent year-on-year.

Exports growth will benefit from a likely depreciation in the rupee against the dollar, a partial restoration of export incentives recently, and a pick-up in growth in the United Arab Emirates, the third-largest exports destination after the United States (US) and the European Union for Indian garments. Exports to UAE (12 per cent of total Indian clothing exports), are slated to recover this year after a significant drop seen in last two calendar years.

The export incentives restored include an increase in Rebate of State and Central Taxes and Levies (RoSCTL) in March 2019 by almost 200 bps, addition of merchant exporters in the interest equalisation scheme (IES) for pre- and post-shipment export credit, and a 200 bps increase in the rebate offered to micro, small and medium enterprises under IES.

“Operating profitability of domestic-focused garment firms is expected to remain stable at 10-11 per cent, whereas that of exporters should improve another 50-100 bps this fiscal, on top of the 100-120 bps increase seen last fiscal. Exporters will benefit from the higher export incentives,” said Anuj Sethi, senior director, Crisil Ratings.