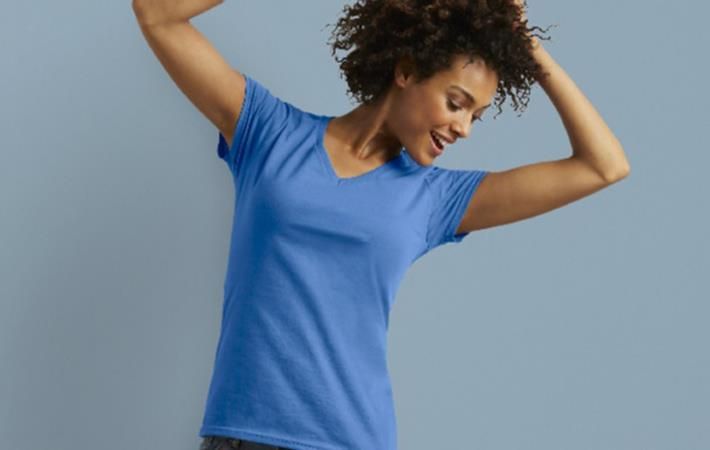 Pic: Gildan Activewear
The net sales of Gildan Activewear during the fourth quarter of fiscal 2018 were $742.7 million, up 13.6 per cent compared to the fourth quarter of fiscal 2017. The increase was driven by 22.3 per cent improvement in activewear sales, partly offset by a 7.9 per cent sales decline in the hosiery and underwear category, which was anticipated.

The increase in the activewear category in the fourth quarter, where the company generated $569 million in net sales, was mainly due to higher unit sales volumes, a better product-mix driven primarily by higher fleece shipments, and higher net selling prices. Activewear volume growth reflected higher shipments of imprintable products in North America and a 29 per cent increase in international shipments, as well as higher sales to global lifestyle brands and retailers. Sales in the hosiery and underwear category totaled $173 million, as anticipated, down $15 million from the fourth quarter last year primarily due to lower Gildan sock sales in mass and lower mass retailer replenishment of Gildan underwear in the quarter, partly offset by shipments under one of our new private label underwear programs in the fourth quarter.

Gross margin in the fourth quarter was down 80 basis points to 26.3 per cent compared to the prior year quarter. The decrease was mainly due to higher raw material and other input costs, activewear growth ramp up costs, and the flow through of the balance of the costs related to supply chain disruptions which we incurred earlier in the year. These factors more than offset the benefit from higher net selling prices and more favourable product-mix compared to the prior year quarter.

Net sales of $2,908.6 million in 2018 were up 5.7 per cent over last year and in line with our guidance. Sales growth for the year reflected a 13.6 per cent increase in activewear sales, partly offset by a 17.0 per cent decline in the hosiery and underwear category as projected in our latest guidance. Gross margin for 2018 totaled 27.7 per cent, down 140 basis points over the prior year, mainly due to higher raw material and other input costs, as well as higher manufacturing costs primarily related to disruptions in our supply chain which occurred earlier in the year, and costs related to the ramp up of activewear capacity, partly offset by higher net selling prices and the benefit of a richer product-mix compared to last year.

Sales growth in 2019 is expected to be driven by higher sales volume in key growth areas, including fashion basics, international markets, global lifestyle brands, and strong underwear growth. Projected sales growth also assumes the benefit of favourable product-mix and selling price increases to cover higher raw material and other input costs. The positive impact of these factors on sales are expected to be partly offset by anticipated lower sales of activewear basics and socks, as well as an unfavourable impact of foreign exchange. (RR)