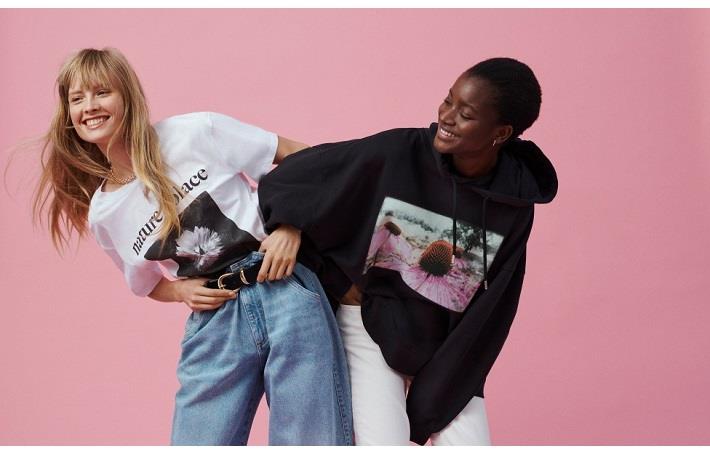 Pic: H&M Group
Sweden based fashion brand H&M (Hennes & Mauritz) Group posted a jump of 11 per cent in net sales to SEK 232,755 million in FY19, that ended on November 30, 2019. Group's net sales for the fourth quarter (Q4) increased 9 per cent to SEK 61,694 million. For the full year, online sales escalated 24 per cent and new business sales improved 17 per cent.
Sales development for Q4 compared with the previous year was reportedly affected by the fact that Black Friday in 2019 fell a week later, i.e. just before the end of November. This meant that some of the goods that customers ordered on 29 and &M30 November were not recorded as sales until a few days later, i.e. in December, when the goods were delivered.
Germany topped the sales market in this quarter by growth of 5 per cent to SEK 9,138 million compared to same period last year. Germany was followed by US 14 per cent (SEK 7,876 million), UK 7 per cent (SEK 3,963 million), France 6 per cent (SEK 3,172 million), China 6 per cent (SEK 3,153 million), Italy 11 per cent (SEK 2,353 million), Sweden 7 per cent (SEK 2,288 million), Netherlands 8 per cent (SEK 1,851 million) and Russia 24 per cent (SEK 1,817 million).
In 2019, H&M and H&M Home opened online in Mexico and H&M via franchise in Indonesia, Thailand and Egypt. H&M's online sales expanded to new 51 markets and in addition, H&M was also launched on India's leading ecommerce platform Myntra. COS, Monki, Weekday, & Other Stories and Arket opened online in Norway, & Other Stories also opened on Tmall in China and Afound opened online in the Netherlands.
New store markets in 2019 for H&M were Bosnia-Herzegovina, Belarus and - via a franchise partner - Tunisia which takes H&M's new stores tally to 74 markets. In 2019 Iceland became a new store market for COS, Weekday and Monki. Weekday, & Other Stories and ARKET opened their first stores in Luxembourg. COS also opened in Lithuania and Slovakia, while Monki also opened in Poland as well as via franchise in the United Arab Emirates. Weekday also opened in Poland and Switzerland and & Other Stories in Latvia.
For 2020, the Group plans to open around 200 new stores and around 175 stores will be closed. Most of the store openings will be in South America, Russia, Eastern Europe and Asia (excluding China), while the closures will take place mainly in Europe, US and China.
Considering the challenges brought by the shift in fashion retail in the form of new consumer behaviours and a fast-changing competitive landscape the Group's transformation work is continuing at a fast pace in all parts of the company.
H&M Group focuses to secure the best combination of fashion, quality, price and sustainability for products across all the brands. Group will also continue integrating physical stores and online to enhance customer experience. Providing fast, efficient and flexible product flow will be their priority.

US firm Kontoor Brands to finalise GHG emissions targets in 2022