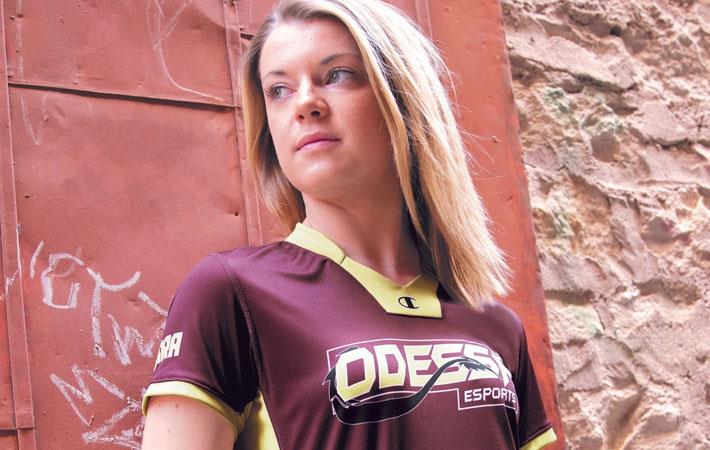 Pic: HanesBrands
The Champion brand of HanesBrands will be supporting high school athletes as esports season officially kicks off across US. Champion is uniform and fanwear provider of PlayVS, the official platform for high school esports competition. The inclusive nature of esports aligns closely with core values of the brand and thus HanesBrands is investing in the space.

“Esports is a co-ed, no-cut sport with no limits to how many teams can form at the varsity level and no need for students and schools to travel for matches, allowing an opportunity for anyone to be an athlete,” said Tyler Lewison, general manager of teamwear for the company.

“We have aligned with high school esports because it has long followed the mantra that anyone can be a champion and, for that reason, there is also tremendous growth potential,” he added.

According to the National Federation of State High School Associations (NFHS), which partners with PlayVS, 16 states are now involved in official esports at the high school level, up from eight states that participated during the spring 2019 season. The size of average teams for participating schools is also growing to a projected 13 players per team this season – and high schools can field multiple teams in esports.

PlayVS reports that 42 per cent of participating student athletes from its first season (fall 2018) cited esports as their first introduction to extracurricular high school activities. Further, the organisation found that 84 per cent of players who participated in esports reported finding a community with which they could connect.

“Team jerseys and other apparel provide cohesion and a sense of belonging,” Lewison said. “We help these players come together and feel pride in their team, which amplifies the benefits. And having a large, popular brand support esports definitely elevates the growing sport.”

When teams will take the controls for this fall season, many will be wearing a new esports jersey designed specifically for the special needs of gamers. The Champion UltraFuse performance shirt features underarm gussets for cooling and lightweight materials that move moisture away from the body to keep players fresh. In addition to jerseys, Champion offers a complete range of team-branded apparel from t-shirts to hoodies to fleeces and more.

The Champion brand has built a strong presence in esports competitive team play, currently outfitting hundreds of teams at the high school, collegiate and professional levels. During the past year, the brand has made a splash across the esports industry.

It has struck an exclusive sponsorship agreement with Robert Morris University, a pioneer in the collegiate esports space, to be the official apparel sponsor for the university’s 2019-20 esports competition season.

Champion became one of the first apparel brands to sign a multiyear apparel deal in esports with Dignitas, owned by the Philadelphia 76ers, to supply men’s and women’s apparel, including official team jerseys and casual and athletic wear.

It entered a multiyear partnership with the NBA2K League, a joint venture between the NBA and Take-Two Interactive, to serve as the league’s official outfitter.

Since 1919, Champion has offered a full line of innovative athletic apparel for men and women including activewear, sweats, tees, sports bras, team uniforms and accessories.

The Champion brand of HanesBrands will be supporting high school athletes as esports season officially kicks off across US. Champion is uniform and fanwear provider of PlayVS, the official platform for high school esports competition. The inclusive nature of esports aligns closely with core values of the brand and thus HanesBrands is investing in the space.
More Hanesbrands Inc News... More Apparel/Garments News - United States Of America...