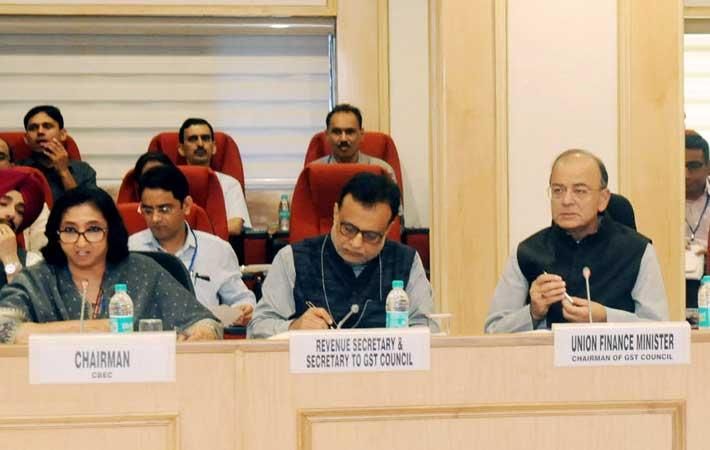 Observing the difficulties faced by exporters after the implementation of GST, leading to a decline in export performance and export competitiveness, the council in September set up a high power committee on exports under revenue secretary Hasmukh Adhia to recommend suitable strategies for helping this sector, according to a finance ministry press release.
The Goods and Services Tax (GST) Council in its 22nd meeting in New Delhi on October 6 approved a relief package for exporters, which includes improved refund procedures, nominal GST for procuring goods from domestic suppliers, e-wallet facility to handle cash blockage and exemption from furnishing bond and bank guarantee while clearing goods for export.#

The council, under chairmanship of finance minister Arun Jaitley, found the major difficulties constraining the export sector are on account of delays in refunds of integrated GST (IGST) and input taxes on exports and working capital blockage as exporters have to pay upfront GST on inputs and capital goods for export production or for procuring goods for export.

Another difficulty was that the duty credit scrips, such as those available under the Merchandise Exports from India Scheme (MEIS), were losing value due to its reduced usability as it could no longer be used to pay IGST or GST. Therefore, the council has done away with the 5 per cent GST on the sale and purchase of these scrips.

By October 10, payment of the held-up refund of IGST paid on goods exported in July would start. The August backlog would be cleared from October 18. Refunds for subsequent months would be handled expeditiously and other refunds of IGST paid on supplies to special economic zones (SEZs) and of inputs taxes on exports under bond or letter of undertaking will also start from October 10.

Exporters will now get refunds from one authority only and have been exempted from furnishing bond and bank guarantee when they clear goods, the press release said.

To prevent cash blockage of exporters, the council approved two proposals, one for immediate relief and the other for providing long term support to exporters. Immediate relief is being given by extending the advance authorization (AA), export promotion capital goods (EPCG) and 100 per cent export-oriented unit (EOU) schemes to sourcing inputs from abroad as well as domestic suppliers. Such players will not have to pay IGST and cess on imports.

Also, domestic supplies to holders of AA / EPCG and EOUs would be treated as deemed exports under Section 147 of CGST/SGST Act and refund of tax paid on such supplies given to the supplier.

An e-wallet facility, to be operational from April 1 next year, will be credited with a notional amount as an advance refund, which will be used to pay IGST, GST to tackle cash shortage.

Specified banks and public sector undertakings will be allowed to import gold without IGST payment. This can then be supplied to exporters as per a scheme similar to AA.

Merchant exporters will now have to pay nominal GST of 0.1 per cent for procuring goods from domestic suppliers for export, the release added. (DS)