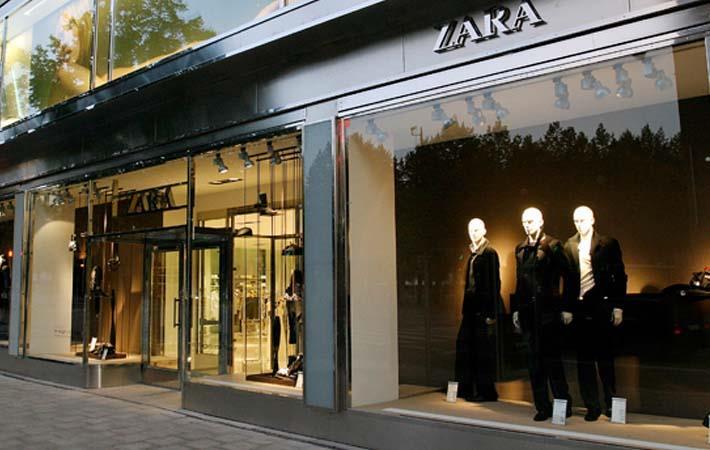 Courtesy: Inditex
The net sales of Spanish apparel marketer Inditex Group have risen 10 per cent in the first nine months of fiscal 2017 that ended on October 31, 2017, as against the growth of 11 per cent in the same period prior year. For the reported period, the company's net profit has been recorded at €2.3 billion, with year-on-year growth of 6 per cent.

Between November 1 and 11 December 2017, the company's store and online sales increased by 13 per cent in local currencies. The company continues to develop its integrated offline-online platform, rolling out same-day delivery in six cities and next-day delivery in six markets, including Spain, France, the UK and China.

During the reported period, the group’s retail brands opened new stores in 52 different markets including in the US, Vietnam, China and Turkey. It's online presence reached 45 markets, following the launch of Zara in India. Bershka’s online platform also went live in the US.

"The company achieved a strong operating performance in the period. It made further progress on the global roll-out of its fully integrated store and online model, whilst also continuing to bolster its strategy of opening and refurbishing flagship stores on the world’s busiest shopping streets and optimising its sales floor area," a press release said.

Commenting on the online-offline model, the company’s chairman and CEO, Pablo Isla, highlighted the increasingly integrated management of the platform, which is translating into value-added customer services. Isla also talked about services such as same-day delivery: already on offer in Madrid, London, Paris, Istanbul, Taipei and Shanghai, next-day delivery: available in Spain, France, the UK, Poland, China and South Korea and the rollout of automated in-store pick-up points for orders placed online.

In line with its strategic goal to achieve a circular economy model, Inditex continued to roll out its used-clothing collection programme in collaboration with various international NGOs. This programme is already fully operational in 562 stores in eight countries (Spain, Portugal, the UK, Ireland, Netherlands, Denmark, China and Sweden). Planning is in progress for implementation of the scheme in another 22 markets, with pilot tests underway in some of these, including Austria (four stores) and Canada (13 stores). (RR)