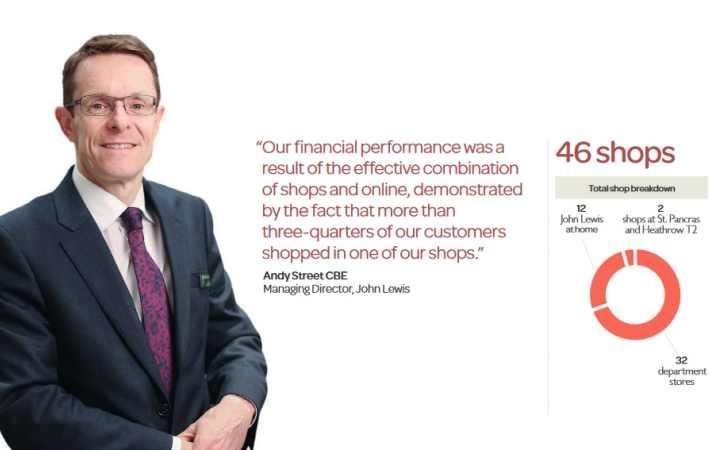 John Lewis, a UK based chain of department stores owned by John Lewis Partnership, will continue to invest in its omnichannel platforms in the financial year 2016-17, as the strategy of combining of shops and online proved effective for the retailer in fiscal 2015-16, ended January 30.

To ensure that customers can shop with John Lewis whenever and however they want, the retailer has continued to invest in shops, website and infrastructure.

The retailer opened new stores at Chelmsford and Leeds, and refurbished its store in Edinburgh in 2016-17. It opened two major distribution centres in Milton Keynes area, and third one is being worked upon at the same destination. Some of its stores are also being redesigned to offer additional services and in-store experiences in line with changing customer expectations.

John Lewis will continue to invest in its omnichannel platforms in the financial year 2016-17, as the strategy of combining of shops and online proved effective for the retailer in fiscal 2015-16, ended January 30. To ensure that customers can shop whenever and however they want, John Lewis has continued to invest in omnichannel.#

Huge investments are also being made in technological infrastructure. The retailer aims to deliver convenience and added flexibility through its online channels.

Commenting on the performance, Andy Street, managing director of John Lewis said, “Our financial performance was a result of the effective combination of shops and online, demonstrated by the fact that more than three-quarters of our customers shopped in one of our shops.”

Gross sales increased by 4.4 per cent in 2015-16 to £4.6 billion as compared to the prior fiscal despite uncertain trading conditions. Of the total merchandise sales, shops contributed 67 per cent, while online sales represented 33 per cent.

Online sales grew by 17.3 per cent in 2015-16 as compared to the previous fiscal at the retailer. Click and collect orders grew by 11 per cent, and account for 53 per cent of online orders. Sales through mobile devices increased by 34 per cent and through smart phones by 86 per cent.

Sales from shops decreased 1 per cent comparatively, but the fact that more than three-quarters of customers purchased from shops prove the importance of shops in omnichannel marketing.  (MCJ)