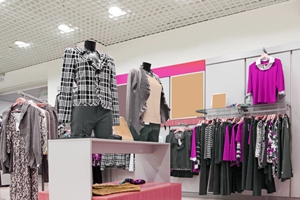 Several domestic and foreign apparel retail firms are further strengthening their expansion in Chinese lower-tier cities, in the midst of intensified competition in the first-tier cities, according to a latest report.
The lower-tier cities in China are turning into major battlefields for many apparel firms, says a report on “China’s apparel market, 2012”, released by Li & Fung Research Centre.
The fact that people in the lower-tier cities are getting wealthier and are having stronger spending power is also driving domestic and foreign apparel companies to expand in lower-ties cities, according to the report.
Foreign luxury brands like Gucci and Louis Vuitton, which used to expand in tier 1 cities like Beijing, Shanghai, Shenzhen etc., are now veering toward lower-tier cities like Wuhan, Wuxi, Changsha, Fuzhou and Xiamen.
Recently, international sportswear giants such as Nike and Adidas have also announced their penetration into lower-tier cities.
Meanwhile, in face of fierce competition led by foreign companies, some domestic Chinese enterprises such as Youngor, Fuguiniao, Joeone and Septwolves are also striving to expedite their penetration in lower-tier cities, while consolidating their foothold in tier 1 cities.
In recent years, fast fashion retailers such as Zara, H&M, C&A, Uniqlo, etc., have successfully won Chinese consumers’ hearts with their fast, trendy and affordable apparel products.
According to the China National Garment Association (CNGA), by the end of 2011, Zara, H&M, C&A, Gap and Uniqlo already operated 92, 77, 36, 13 and 113 retail stores in China, respectively.
In 2011, Zara, H&M, C&A, Gap and Uniqlo respectively opened 29, 31, 11, 5, and 43 new stores in China. Of these, more than 80 percent of the new stores set up by Zara and H&M were situated in tier 2 and 3 cities.