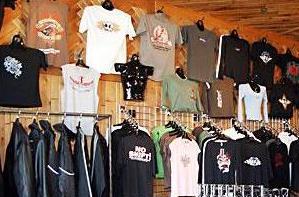 Bangladesh may lose duty-free access for its garments to Canadian market, as the developed nation has excluded India and China - from which Bangladesh mainly imports yarn and fabric for its garments - from its General Preferential Tariff (GPT) facility list.
Under the GPT rules, 175 developing nations, including Bangladesh were allowed to export their goods to Canada duty-free or at preferential rates. However, the country has dropped 72 nations, including India and China, from the GPT list after a review of the facility.
The GPT benefit will not be applicable from July 1, 2014 to Canadian imports from 72 countries classified as “high-income” or “upper-middle income” countries by the World Bank for two consecutive years, or have had a share of equal to or greater than one percent of world exports for two consecutive years.
Though Bangladesh has not been excluded, it may still face some problems, as two of its key sources from which it procures raw materials have been dropped, Commerce Secretary Mahbub Ahmed said.
As per Government data, Bangladeshi garment sector procures around 60 percent of its woven fabric and 50 percent of its overall yarn requirement from India and China.
The rules mandate that no country can avail GPT benefit on export of apparels produced from raw material imported from a country not included in the GPT list.
Though knitwear exports from Bangladesh to Canada would not be much impacted because of the development, woven garment exports would suffer, Mr. Ahmed said.
Briefing media on sidelines of a meeting with concerned authorities at the Secretariat, he said the Bangladesh Government would be forwarding letters to the Canadian Government requesting it to make some arrangement for continuation of duty-free facility for Bangladeshi products.
Last year, Bangladesh exported around US$ 912 million worth of readymade garments to Canadian market, with woven garments accounting for 55 percent of the same.