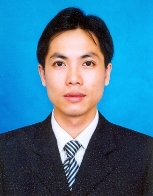 Mr. Kaing Monika
Cambodian garment industry is attracting huge foreign investments due to tax incentives and duty free access to world’s major markets like the US and the UK.

In a conversation with fibre2fashion, the business development manager of Garment Manufacturers Association of Cambodia, Mr. Kaing Monika said, “Cambodia has become the new apparel manufacturing base for several countries and the country’s clothing industry is attracting huge foreign investments.”

Last year, China turned out to be the largest investor in Cambodian garment sector with a total investment of US$ 121 million followed by Taiwan with US$ 112 million and Korea with US$ 70 million. Singapore, the US, Malaysia, Japan, Thailand, Australia, England and India were some other countries that invested in Cambodian apparel sector in 2012.

Talking about the reasons for increasing foreign investments, Mr. Monika says, “Besides Cambodia being one of the largest clothing suppliers to the US, market access to world’s major markets on duty-free and quota-free basis, reasonable labor cost, stable macroeconomic environment, along with several incentives provided by the Government, are some of the reasons for foreign investments,” he says.

According to him, foreigners-friendly population and abundant natural resources also attract foreign investments.

“Moreover, Cambodia has more than 5 million population in the age group of 20 to 49, which makes a huge market as well as workforce,” he informs.