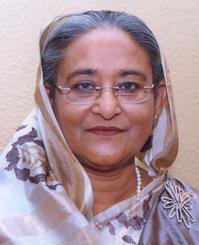 Bangladesh PM Sheikh Hasina
The Government of Bangladesh has taken initiative for conducting a comprehensive study on the country’s readymade garment sector, Prime Minister Sheikh Hasina told Jatiya Sangsad, the country’s Parliament.
In a written reply to a question on the garment sector, the Prime Minister said the study would be conducted by a well-known local organization to ascertain the number of garment manufacturing units on an area basis, the total number of people employed by these units, the problems faced by them and their possible solutions.
She said currently there are no accurate statistics on the country’s garment sector and the study will make recommendations to the Government for bringing the sector at par with global standards.
She informed that her Government has already taken steps for setting up dormitories for workers and a garment palli, which would serve as a specialized zone for garment units.
The Government, with the support of the World Bank, has began implementing a project to train about 14,400 female garment workers over the next three years, the Prime Minister said.
Moreover, the Ministry of Labour and Employment is implementing a Tk 43.4 million project for welfare of apparel workers, she said. Under the project, training and awareness on healthcare is being imparted to workers from about 450 garment factories, she added.
Separately, two taskforces and 15 teams are working on compliance measures by the garment factories and for achieving a marked improvement in the working environment at clothing units, the Prime Minister said.