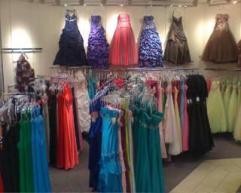 Apparel exporters in Pakistan have expressed unhappiness over the recent imposition of one percent withholding tax on all their purchases by the Federal Bureau of Revenue (FBR).
Pakistan Readymade Garments Manufacturers and Exporters Association (PRGMEA), South Zone Chairman, Shaikh Mohammad Shafiq, said as per the notification issued by FBR, all textile firms, including exporters, would have to pay one-fifth of the sales tax rate applicable on all their purchases as withholding tax.
The levy would raise the prices of raw material for companies, which in turn would raise the prices of final products for consumers, who are already hit by heavy inflation.
The PRGMEA official said the move would further increase inflation in the country, and would directly impact the domestic as well as global consumers procuring textiles and garments from the Pakistani industry.
This would also lead to a hike in the prices of Pakistani garments, rendering producers of these items uncompetitive against their counterparts from countries like India, Vietnam and Bangladesh.
He called on Federation of Pakistan Chambers of Commerce and Industry (FPCCI) and all other value-added sector associations to join PRGMEA in urging the Government to roll back the levy.