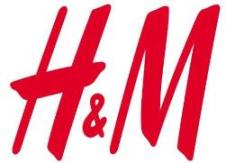 Hennes & Mauritz (H&M), the world’s second-largest apparel retailer, has begun process of filing its application with the Government of India seeking permission to open wholly-owned single-brand retail stores in India.
H&M CEO Karl Johan Persson, who met India’s Commerce and Industry Minister Anand Sharma in New Delhi, told reporters after the meeting that the budget apparel chain is currently in the application process.
He said H&M apprised the Minister of what the company wanted to offer to the Indian consumers. Mr. Sharma told the CEO that the Government can consider offering support to H&M in terms of linkages with some of the leading institutions like the National Institute of Fashion Technology (NIFT) and National Institute of Design (NID).
Mr. Persson said India presents an interesting as well as huge market, and the company is seeking to enter it for quite some time as the potential is enormous.
He added that his company has studied India’s single-brand retail policy for foreign direct investment (FDI) and it would comply with it.
He said H&M would initially begin with few stores and then expand thereafter. However, he hinted that the company may offer something new to Indian consumers in terms of fashion apparels, including their quality and prices.
H&M already sources a significant quantity of goods from India and the sourcing would further increase as the company grows in India, the CEO said.
H&M would become the second Swedish retailer to apply for foraying in the Indian market, as IKEA’s Rs. 105 billion proposal has already been cleared by the Foreign Investment Promotion Board (FIPB) and is awaiting a final nod from the Cabinet Committee on Economic Affairs (CCEA).