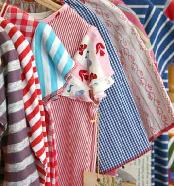 Workers’ unions as well as the Garment Manufacturers Association in Cambodia (GMAC) need to reach a compromise over the wage debate, Vong Sovann, Deputy Secretary-General of the Ministry of Social Affairs’ Strike Resolution Committee has said.
The official, who is supervising the wage negotiations, said the existing minimum wage of US$ 61 per month is very less and the garment workers are seeking a hike in wages, which however is not acceptable to factory owners, The Phnom Penh Post reported.
The last round of negotiations failed as though the unions cut their demand from US$ 120 to US$ 100, GMAC expressed readiness to approve a rise of only US$ 6, Mr. Sovann said.
Again during a meeting with the Government this week, GMAC revised its offer to US$ 70 or US$ 75, excluding the health bonus allowed in existing wage structure.
Mr. Sovann suggested that possibly the unions can reduce their demand to US$ 90 and GMAC may increase it to over US$ 70.
However, GMAC Secretary-General Ken Loo said garment owners cannot afford to pay US$ 90 per month, and do not anticipate any further negotiations with unions that can lead to a resolution.
Meanwhile, Coalition of Cambodian Apparel Workers’ Democratic Union President Ath Thorn too voiced his firmness that the unions are not ready to lower their demand below US$ 100, and workers would resort to strike if this demand is not met.
He said the amount of US$ 100 has been fixed in view of the rising expenses that the workers need to meet.
The two-day Asia Floor Wage meetings recently held in Phnom Penh also discussed the minimum wage in Cambodian garment sector.
Ashim Roy, General Secretary of the India-based New Trade Union Initiative, who participated in the meeting, said a hike to US$ 100 would not have any adverse impact on the firms sourcing garments from the country.
The buyers are not going to move to Bangladesh, while it is going to take around three-four years for Myanmar to develop a garment industry, he added.