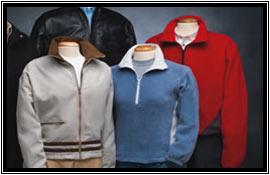 Brazil and Mexico are forecast to lead the growth of the Peruvian apparel sector in 2013, and to an extent, this would assuage the fall in exports to the US, Pedro Gamio, president of the garment committee of Asociación de Exportadores del Perú (ADEX or Peru Exporters Association) has said.
Mr. Gamio said Brazil, with a population of more than 190 million and having some cities comparable to the developed countries in terms of consumption, is emerging as a great opportunity for Peruvian clothing sector.
At present, Brazil is the third-largest importer of Peruvian apparels.
Mr. Gamio said the prospects about Peruvian clothing in Brazil and Mexico will be discussed in detail at the IX Textile Exporters’ Forum, organized by ADEX and PromPeru, to be held on April 9, 2013, as part of Fashion Week in Lima.
Jaime Flores, Director of Marketing, Cotton Incorporated, will speak at the event about the clothing habits in Mexico. Aguano Edson, CEO of Consultive Holding, Brazil, will speak on business opportunities in the South American giant and future prospects and challenges of Peruvian products in Brazil.
The event will also focus on issues like competition with China and the strategies used to reduce the effects of the global economic crisis, Mr. Gamio said.
In 2012, Peru’s clothing exports registered US$ 1.599 billion, showing a rise of six percent compared to exports worth US$ 1.508 billion made in 2011.