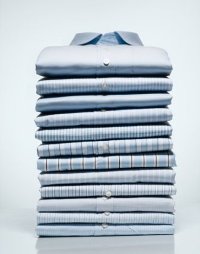 Vouching support to the domestic apparel industry to boost their exports, the Government of India has said that issues like that of credit availability and skill development would soon be addressed.
The issues were raised during an inter-ministerial workshop held with Cabinet Secretary Ajit Kumar Seth in the Chair, Economic Times reported quoting PTI.
Updating the Cabinet Secretary regarding their issues during the meeting, the apparel exporters highlighted several issues like high rate of interest, dearth of skilled workers, high cost of raw materials, heavy customs duty on synthetic fabric and stringent labour laws, which according to them are a hindrance to the industry’s growth.
Mr. Seth assured that the Government is determined to help the export sector, including the garment export sector, and it would do all that is necessary.
He gave an assurance that the Government will address issues like skill development, improving operations of scale and developing consensus on amendments in labour laws and import duties.
Hit by sluggish demand from key western markets, apparel exports from India fell by about 6 percent year-on-year to US$ 12.9 billion during last fiscal.
The EU and the US, the key traditional export markets for Indian apparels, jointly procure around 60 percent of India’s overall apparel exports.
Given the low demand from key markets, India’s domestic apparel sector has been pushing for fixing the import duty on synthetic fabric for the entire 12th Five-Year plan at 5 percent against the existing 21 percent.
Commenting on the cost of credit, the Apparel Export Promotion Council (AEPC) Chairman A Sakthivel noted that it is too high at 12.5 percent, and hence there is a dire need to reduce this rate and fix it at 7.5 percent for the sector.