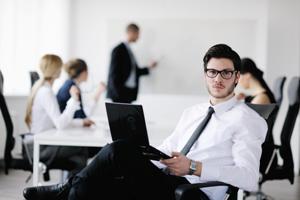 The sales of apparel through online medium in China have surged by nearly 50 percent year-on-year to 305 billion yuan in 2012, according to a report released by the Research Centre of China International Electronic Commerce Network (CIECC).
Since 2009, online clothing sales have been growing every year in China, with the year 2010 showing a rapid increase of 100.8 percent year-on-year, the report said.
According to the report, Tianmao has been consistently topping online garment sales in the Business to Consumer (B2C) English category, and in 2012, it had a 71.2 percent share in B2C market.
The 2012 China Online Retail Market Data Monitoring Report, released earlier this year by an independent e-commerce research institution, put China’s total online retail sales in 2012 at 1.32 trillion yuan, up 64.7 percent year-on-year.
The fast-paced increase in Chinese online retail sales is attributed to steady increase in the number of online customers as well as to various online sales promotions by companies.

85% of clothes, textiles in US dumped in landfill or incinerator: NIST

Only about 15 per cent of used clothes and other textiles in the...