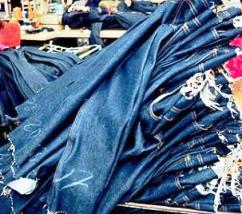 The exports of apparel from Nicaragua, the largest country in the Central American isthmus, to the US have increased marginally to US$ 788.683 million during the first seven months of the current year, according to the Major Shippers Report, released by the U.S. Department of Customs.
Nicaragua had exported garments worth US$ 769.231 million to the US, during January to July 2012.
In recent years, Nicaragua has become a major player in the global apparel industry and it has a leading position in the production of various types of garments directed to the United States.
During 2012, Nicaragua was the 11th largest apparel supplying country to the United States in terms of volume. Its progress as one of the fastest growing garment exporting country is reflected in its remarkable compound annual growth rate, especially when compared with other countries in the DR-CAFTA region.
Manufactures in Nicaragua produce for various world-renowned international brands, including Under Armour, Wrangler, GAP, North Face, Lee Jeans, Cintas and Levi's, among others.
The US economy is yet to recover fully from the economic crisis and Nicaraguan apparel firms are expecting a further growth in their exports to the US, as the US economy further recovers.
Moreover, apparel firms are urging the Government to introduce automation in customs procedures to quicken export times and to reduce high electricity costs.