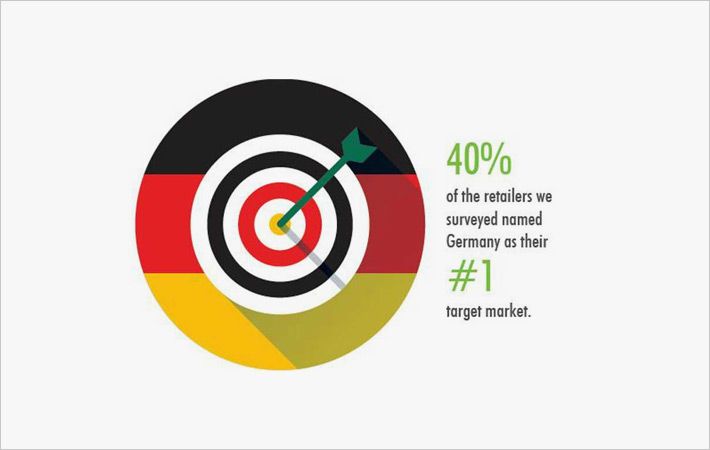 courtesy: CBRE
Germany is the most sought after retail market in the world with 40 per cent of retailers surveyed planning to open a store there in 2015.
The sixth edition of ‘How Active are Retailers Globally?’ released by CBRE, a leading commercial real estate services and investment firm, examines the global expansion ambitions of retailers based in Europe, the Americas and Asia Pacific.
“As global economic recovery progresses and consumer sentiment strengthens, retailers are expanding their networks globally,” states the report.
“Given the ongoing challenges retailers face from cost escalation, e-commerce and changes in consumer behaviour, it is increasingly important for them to have a strong network of stores to effectively represent their brand,” the report adds.
Germany was the top target market for retailers with 40 per cent of respondents said they wish to open stores in that country this year. The United Kingdom and France were the second and third preferred destinations respectively for opening retail stores with 33 per cent and 31 per cent nodding in favour.
Among BRICS countries, 28 per cent of those surveyed said they would open retail stores in China, followed by nine per cent for Russia, 6 per cent for India, and 3 per cent each favouring Brazil and South Africa.
Of the brands looking to expand overseas, retail brands originating in Germany, UK, US and Italy are more active, the annual report found.
Germany is the top target market for 47 per cent of Europe, Middle East and Africa (EMEA) based retailers, while 50 per cent of the Americas and Asia Pacific (APAC) based retailers are targeting South Korea. Among the American retailers, 43 per cent are looking to Japan, China and Hong Kong for expansion.
Interestingly, 47 per cent of respondents stated cost escalation and unclear economic prospects as their biggest concerns for 2015. In contrast, only 2 per cent stated insufficient logistics network and only 1 per cent stated foreign direct investment as their biggest concerns. Lack of quality retail space was also a major concern for expansion in the Americas. (RKS)