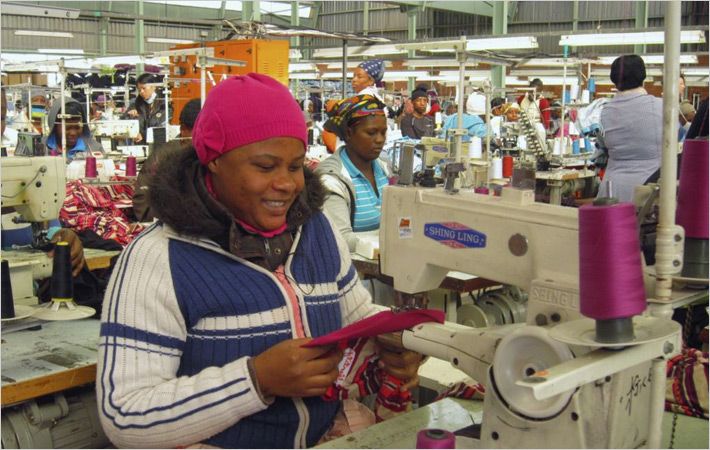 The Government of Zimbabwe has granted a one-year rebate to 52 clothing manufacturers which will allow them to import textile materials duty-free for use in garment making.
The Ministry of Finance has granted a one-year reprieve ending December, 2015, as part of the government’s efforts to support domestic apparel makers, who are facing stiff competition from low-priced imported clothing.
According to statutory Instrument 32 of 2015 cited as Customs and Excise (Clothing manufacturer) rebate Regulations, the rebate duty shall be granted on material referred to in the second schedule imported or taken out of bond by a manufacturer for use in the manufacture of clothing.
Materials eligible for the rebate include sewing thread, denim, fabrics, yarns of different colours, etc.
At its peak, the textile and clothing industry employed more than 35,000 people, but the number has declined since to about 8,000 in recent times. To revive the industry, last year, the government launched cotton-to-clothing strategy. (RKS)