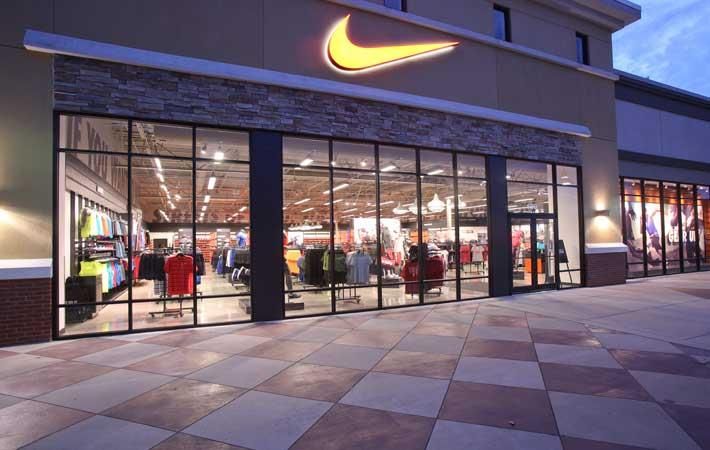 Courtesy: Nike
Nike has introduced the Consumer Direct Offense, a new company alignment that allows Nike to better serve the consumer personally, at scale. Leveraging the power of digital, Nike will drive growth - by accelerating innovation and product creation, moving even closer to the consumer through key cities, and deepening one-to-one connections.

“The future of sport will be decided by the company that obsesses the needs of the evolving consumer. Through the Consumer Direct Offense, we’re getting even more aggressive in the digital marketplace, targeting key markets and delivering product faster than ever,” said Mark Parker, Nike, chairman, president, and CEO.
Nike has introduced the Consumer Direct Offense, a new company alignment that allows Nike to better serve the consumer personally, at scale. Leveraging the power of digital, Nike will drive growth - by accelerating innovation and product creation, moving even closer to the consumer through key cities, and deepening one-to-one connections.#

In the new alignment, the company will drive growth by deeply serving consumers in 12 key cities, across 10 key countries: New York, London, Shanghai, Beijing, Los Angeles, Tokyo, Paris, Berlin, Mexico City, Barcelona, Seoul, and Milan. These key cities and countries are expected to represent over 80 per cent of Nike’s projected growth through 2020.

Nike is moving closer to the consumer - creating a local business, on a global scale. To improve efficiency, all key cities and countries are supported by a simplified geography structure, changing from six to four - comprising North America; Europe, Middle East and Africa (EMEA); Greater China; and Asia Pacific and Latin America (APLA). The leaders of the newly-formed geographies are: Tom Peddie VP/GM of North America, Bert Hoyt VP/GM of EMEA, Angela Dong VP/GM of Greater China, and Ann Hebert VP/GM of APLA.

As such, financial results for the Nike brand will be reported based on these four operating segments beginning in fiscal 2018.

The geography leaders will report to Elliott Hill, president of geographies and integrated marketplace.

To double innovation, Nike will accelerate the impact and cadence of new innovation platforms. As an example, over the past few months, Nike launched a cushioning revolution, featuring three new groundbreaking platforms: ZoomX, Air VaporMax and Nike React. And, to give consumers more choices of the products they love, Nike is editing to amplify - reducing its styles by 25 per cent, and offering a deeper selection of key franchises.

To double speed, Nike is on a path to cut product creation cycle times in half. That starts with the Express Lane, which quickly creates, updates and fulfills products in response to consumer demand. Already operating in North America and Western Europe, a new Express Lane will be activated this summer in China, serving Shanghai, Seoul and Tokyo - some of the world’s most promising markets for sport.

To supercharge this faster pipeline, Michael Spillane is assuming the new role of president of categories and product - leading an end-to-end design-to-delivery organisation, including categories, design, product and merchandising. This new integrated organisation will place greater resources in the categories with the highest potential to fuel growth - running, basketball, Nike sportswear, men’s and women’s training, global football and young athletes. To build on the growth of the Nike Women’s business, a new dedicated women’s team will complement each top-tier category.

Leading with mobile, this team will unite physical and digital retail to serve consumers with the best of Nike. Two recent examples of innovative consumer connections are SNKR Stash, which unlocks access to exclusive Nike and Jordan product using mobile geo-locations; and Shock Drop, surprise alerts for coveted sneakers that allow consumers to buy instantly through the app or at their nearest Nike or wholesale store. Over the next several months, Nike is also launching its Nike+ and SNKRS apps globally to energise the sneaker experience in new markets.

“Today we serve our athletes in a changing world: one that’s faster and more personal. This new structure aligns all of our teams toward our ultimate goal - to deliver innovation, at speed, through more direct connections,” said Edwards. (SV)

Nishant Giri
Jindal Worldwide Limited
We expect the Government to come out with a better...
Rajat Kapoor
Seraphine
Fashion for mums-to-be
Manuel Martos
Nextil Group
The world’s leading fashion brands trust us with their...
Ilker Hacioglu
LC Waikiki
Expecting 25% growth for 2022
Divvya and Nidhhi Gambhir
Walnut
Commercials are not creatively satisfying
Celestino Garcia
Mango
MANGO is an international brand dedicated to the design and ...
Shyamal Shodhan
Label - Shyamal and Bhumika
Indian fashion has come of age and evolved tremendously