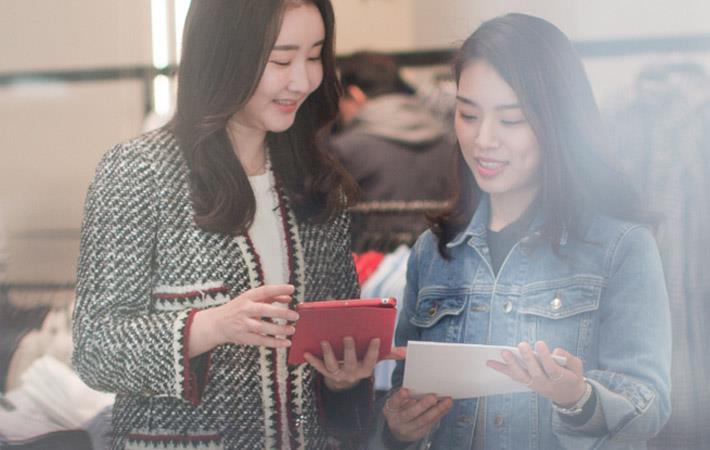 Pic: Inditex
The online sales of Inditex have continued to grow consistently, to €3,200 million during fiscal 2018, representing a growth of 27 per cent from last year. This good functioning of the integrated model has allowed online sales to represent 14 per cent of sales in the markets where the Spanish clothing company has an integrated commercial presence.

Sales at comparable stores continue to accumulate growth over year-on-year growth, with an increase of 4 per cent in 2018, with a positive evolution in all geographic areas, in all brands and both online and in physical stores.

With a growth of 5 per cent, and openings in 56 markets, the group has continued updating the park of stores by selecting the highest quality commercial area, which has been technologically adapted to transform the store network into an integrated global platform fashion.

Zara has expanded its markets to 202, while Massimo Dutti and Uterqüe have just opened their online offer to 106 new markets, for which they are already available in 184 and 148 markets respectively, Inditex said in a press release.

The strong operating performance, the anticipation of the necessary strategic investments, the continuous selection of the highest quality commercial surface and the robust positioning of the group's brands also enabled the optimum performance of profitability levels to be achieved. The gross margin improved 39 basis points, growing by 4 per cent to €14,816 million, after maintaining non-promotional commercial policies and all in an environment of strong negative currency impact due to the strength of the euro. In the same way, EBITDA growth is significant up to €5,457 million, 11 per cent in local currency.

"The importance of the investments made both in the logistics channel and in the commercial area aimed at providing maximum agility to our integrated platform, and prioritising the selection of maximum quality space, for to offer thus the best fashion proposal in the whole world," said president of Inditex, Pablo Isla.

The group's strategy is to develop a fully integrated, fully digital and fully sustainable network of stores and online in 2020. In line with this objective, the group invested €1,620 million in 2018.

This investment was aimed both at technological innovation for stores and logistics platforms, and at selecting and adapting the commercial space in line with the digital integration policy of the global platform, with larger commercial surfaces and in optimal locations. (RR)