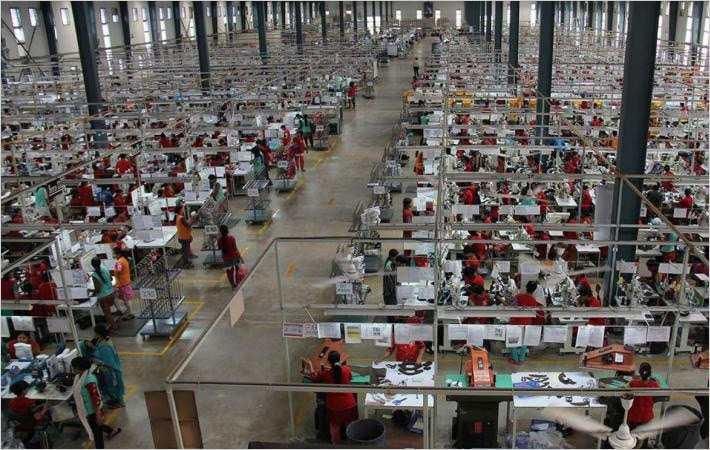 Bangladesh needs to step up its efforts to prevent the exploitation of textile workers, said the members of European Parliament (MEPs) in a resolution adopted recently. Textile workers in Bangladesh, many of whom are young women, suffer long working hours, low wages, uncertainty and hazardous conditions. Trade union leaders are often persecuted.

The 2013 Sustainability Compact, aimed at preventing tragedies like the April 2013 Rana Plaza factory collapse in Dhaka, has resulted in moderate improvements in workplace safety, but respect of workers' rights is lagging behind, MEPs noted in a non-binding resolution adopted by a show of hands.

Reviewing the implementation of the 2013 Compact, MEPs have suggested a series of measures. They have asked Bangladesh to swiftly amend the 2013 Labour Act so as to ensure freedom of association, collective bargaining and to recruit more factory inspectors.

Bangladesh needs to step up its efforts to prevent the exploitation of textile workers, said the members of European Parliament (MEPs) in a resolution adopted recently. Textile workers in Bangladesh, many of whom are young women, suffer long working hours, low wages, uncertainty and hazardous conditions. Trade union leaders are often persecuted.#

MEPs also said that The mandate of the 'ACCORD', a platform including European Union (EU) companies that help to implement the compact, should be renewed after its expiry of May 2018 and international brands ought to take their CSR policy more seriously to ensure decent working conditions. The next suggested measure is that the EU Commission should table an EU-wide legislative initiative on the garment sector for a due diligence system.

"Despite some progress in recent years, the situation on the ground remains worrisome. We are very concerned about the lack of meaningful progress in implementing the commitments of the Sustainability Compact by Bangladesh. Countries, which disrespect fundamental rights at work, should not be encouraged by benefitting from unrestricted access to our market. The government of Bangladesh will need to demonstrate that it is willing and able to deliver on its own promises and the demands of the international community," said chair of the INTA Committee, Bernd Lange (S&D, DE).

Standing rapporteur for South Asia, Sajjad Karim (ECR, UK) said, "EU trade policy is our soft power. But it's very powerful and based on values, meaning we demand our trading partners respect core principles in the areas of human, labour and environmental rights. I have done all I can as chair of the INTA monitoring group for South Asia to get Bangladesh to comply. It seems they are not listening. We cannot keep issuing appeals and statements every year - we have to see tangible results on the ground for privileged market access to be continued."

Bangladesh benefits from the most favourable regime under the EU's trade preferences that grants duty and quota-free access to the EU market, except on arms and ammunition. In July 2013, in response to the Rana Plaza tragedy, the EU took the initiative of launching a Sustainability Compact for Bangladesh to improve labour rights and factory safety. The initiative brings together the EU, the government, the USA, Canada - the main markets for Bangladeshi garment production - as well as the International Labour Organisation.

The EU is Bangladesh's main trading partner, absorbing 46.7 per cent of its exports in 2015. It is the world’s second largest garment producer, with the textile sector providing almost 81 per cent of total exports; almost 60 per cent of the clothing goes to the EU. (KD)

Nishant Giri
Jindal Worldwide Limited
We expect the Government to come out with a better...
Mohammad Ali Khokon
Bangladesh Textile Manufacturers’ Association
We need more and more skilled labour
Kishina Daruka and Mishika Daruka
Ora
Partywear crafted out of natural fibres
Hugo De Boon & Koen Meerkerk
Fruitleather Rotterdam
Mango is a big fruit and has a lot of fibres
William Lundgren
Label - Bite Studios
We believe there is a craft to caring for your clothes
Sarah Denise Cordery
Sarah Denise Studio
Political statements have been at the forefront of fashion...
Gauri Verma
Label - The Jodi Life
Anybody can wear what they want to and it’s the future