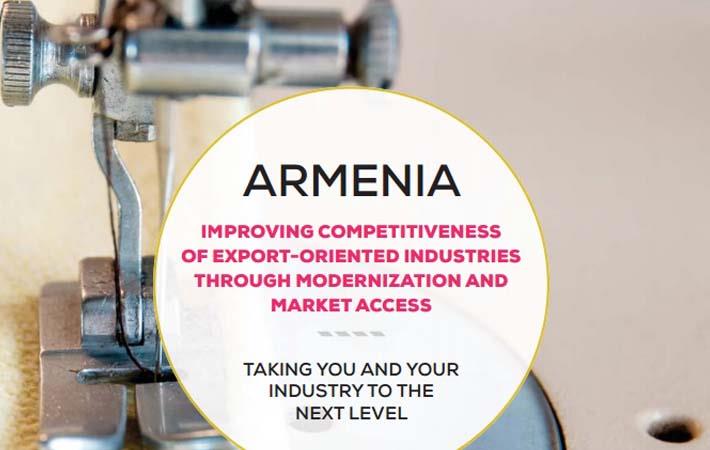 Courtesy: UNIDO
The Russian Federation has signed an agreement with the United Nations Industrial Development Organization (UNIDO), whereby it will provide $2 million for implementation of the second phase of a programme designed to boost the Armenian textile industry. The first phase yielded significant results for small and medium-sized textile enterprises in Armenia.

The aim of the second phase of the programme is to help boost sales of products produced by Armenian textile and clothing companies, as well as to embrace the leather and footwear sectors, said Anahit Simonyan, the coordinator of UNIDO programmes in Armenia.

"The programme will contribute to the revival of the textile, garment, leather and footwear industries and will as well strengthen Armenia's position in the international market," said Simonyan.

The programme 'Improving competitiveness of export-oriented industries in Armenia' will create many new jobs and encourage female employment, said Andrei Ivanov, an aide to the Russian ambassador in Armenia.

Under the pilot phase of UNIDO's two-year programme launched in 2014, representatives of eight participating companies, united under the single brand name '5900BC', were trained by Armenian and UNIDO experts for the development and production of a joint collection of fashionable clothes.

In addition, a fashion school Atex Burgo was set up in Yerevan in collaboration with the Milan based Fashion Institute Burgo.