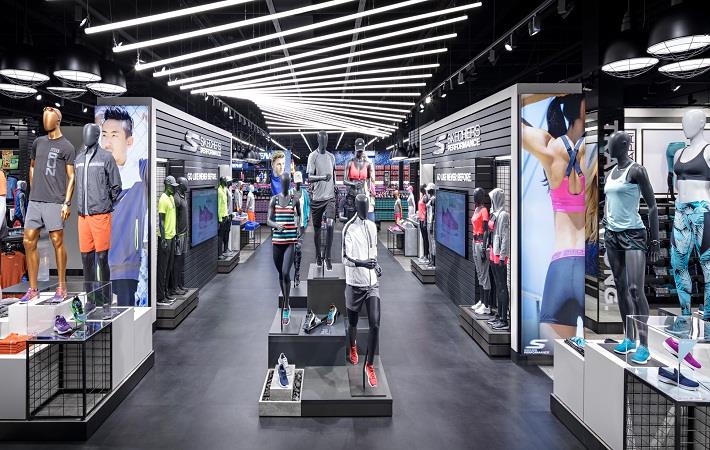 Pic: Skechers
Skechers USA Ltd, a subsidiary of Skechers USA, was awarded Women’s Brand of the Year at Drapers Footwear Awards 2019 in London recently. Skechers was honoured because its business stands out from competitors by driving growth through constant innovation and consistent marketing. This is the third time Skechers has won the award following wins in 2015 and 2017.

The prestigious award ceremony was held on June 26 at Grosvenor House, London, and was supported by the British Footwear Association (BFA).

“Skechers has always been a strong and in-demand brand for women in the United Kingdom, so to be recognised by Drapers three times in five years is an incredible honour,” said Peter Youell, managing director of Skechers UK and Ireland. “We appreciate the ongoing support from all our retail partners who have helped drive our success in the UK. Women’s is a leading segment of our business in the UK thanks to our Skechers D’Lites collections and appearances at Fashion Week events that have helped expand our base of fashion accounts.”

“The success of our Women’s business in the UK mirrors what is happening globally,” said Marvin Bernstein, managing partner of Skechers Sàrl. “But we are more than an award-winning women’s brand—we recently won two awards for our running footwear in the US and have great success in the men’s and children’s footwear as is evidenced by our previous wins at Drapers.”

Based in Manhattan Beach, California, Skechers designs, develops and markets a diverse range of lifestyle footwear for men, women and children, as well as performance footwear for men and women. Skechers footwear is available in the United States and over 170 countries and territories worldwide via department and specialty stores, more than 3,060 Skechers company-owned and third-party-owned retail stores, and the company’s e-commerce websites.

Skechers USA Ltd, a subsidiary of Skechers USA, was awarded Women's Brand of the Year at Drapers Footwear Awards 2019 in London recently. Skechers was honoured because its business stands out from competitors by driving growth through constant innovation and consistent marketing. This is 3rd time Skechers has won the award following wins in 2015 and 2017.
More SKECHERS USA Inc News... More Apparel/Garments News - United Kingdom...