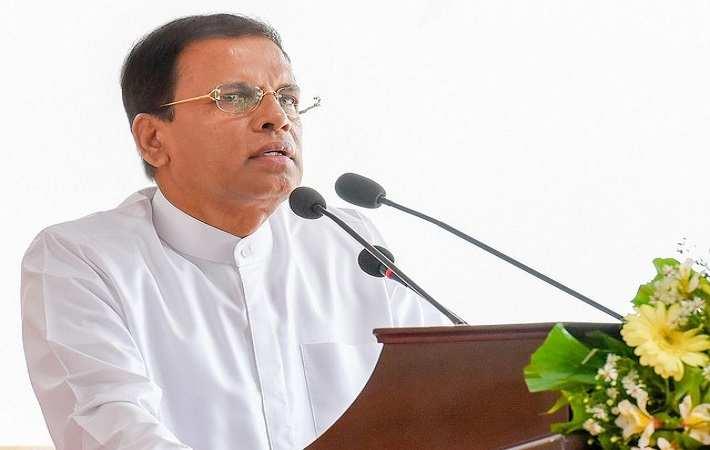 President Maithripala Sirisena; Courtesy: president.gov.lk
Sri Lanka will soon receive Generalised Scheme of Preferences Plus (GSP+) status of the European Union, marking a significant turning point for the country’s industrial and export sectors, President Maithripala Sirisena has said. The GSP+ trade concessions are linked to the country’s compliance with human rights and labour rights conventions.
“Our agreements with the countries, businessmen, investors and international organisations are very open. The current government is honestly committed to the development of the country,” Sirisena said at a ceremony to open the newly built bridge in Halloluwa, Dodanwala, Kandy.
He added that during the last two years the present government was able to build friendship with all the countries in the world, eliminating many hindrances which halted the forward drive of the country.
Sri Lanka lost the GSP Plus status in 2010 due to the United Nations Human Rights Council (UNHRC) alleging violations of human rights during the civil war. Subsequently, when the EU evaluated Sri Lanka in 2014 it found that the country was not adhering to 3 of the 27 international covenants that a country must abide to qualify for the consideration of GSP Plus.
However, last year, the European Council said it welcomed the significant advances made by Sri Lanka since the presidential elections held in January 2015 to restore democratic governance, initiate a process of national reconciliation and re-engage with the international community and the United Nations system.
Apparel account for 46 per cent of Sri Lanka’s exports to the EU. So, soon after Sirisena’s announcement, stocks of two leading garment companies, MGT Knitting Mills and Teejay Lanka, became active on the Colombo Stock Exchange (CSE). (RKS)