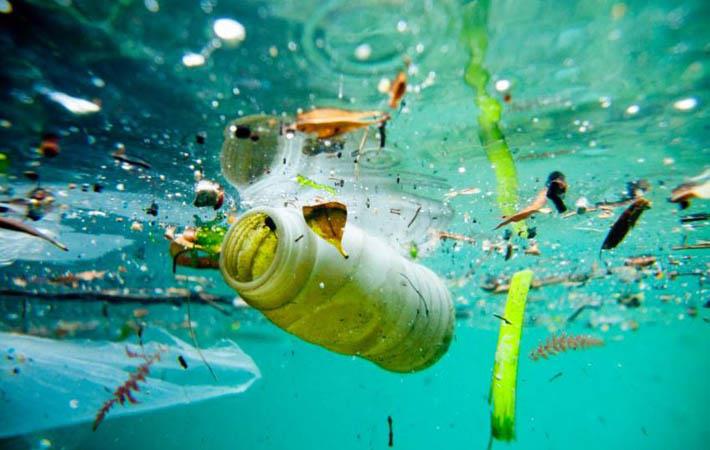 Courtesy: IUCN
Synthetic clothes should be designed in a manner that it will shed fewer fibres, a new report by the International Union for Conservation of Nature (IUCN) has suggested. Further, the report has also highlighted that invisible plastic particles washed off synthetic clothes are one of the major sources for marine plastic pollution than plastic waste.

'Primary Microplastics in the Oceans: a Global Evaluation of Sources' by IUCN has focused on plastic waste. The findings in this report drive new thinking around the way humans design, produce, consume and dispose of plastics. The largest proportion of plastic particles stem from the laundering of synthetic textiles and from the abrasion of tyres while driving. This report is one of the first of its kind to quantify primary microplastics leakage and to demonstrate that these primary microplastics are globally responsible for a major source of plastics in the oceans. The  model  developed  for  this  analysis  enables  us  to  conclude  that  between  15 per cent  and  31 per cent of  all  of  the plastic in the oceans could originate from primary sources. Synthetic textiles are the main source of primary microplastics in Asia, Africa and the Middle East.

The yearly consumption of fibre for apparel amounts to 69.7 million tons globally. Synthetic fibres represent almost two-thirds of this consumption. The majority (62.7%) of synthetic   fibres are nowadays consumed in developing economies. In these economies, consumers buy a larger proportion (68.0%) of synthetic textiles than in developed economies (48.2%).

"This report is a real eye-opener, showing that plastic waste is not all there is to ocean plastics," said IUCN director general Inger Andersen. “Our daily activities, such as washing clothes and driving, significantly contribute to the pollution choking our oceans, with potentially disastrous effects on the rich diversity of life within them, and on human health. These findings indicate that we must look far beyond waste management if we are to address ocean pollution in its entirety. IUCN therefore calls on private sector leadership to undertake the necessary R&D for the needed production shifts," said Andersen.

"The findings of this report have important implications for the global strategy to tackle ocean plastic pollution, which currently focuses on reducing plastic waste," says Joao de Sousa, Marine project manager, IUCN's Global Marine Programme. "They show that solutions must include product and infrastructure design as well as consumer behaviour. Consumers can act by choosing natural fabrics over synthetic ones." (RR)