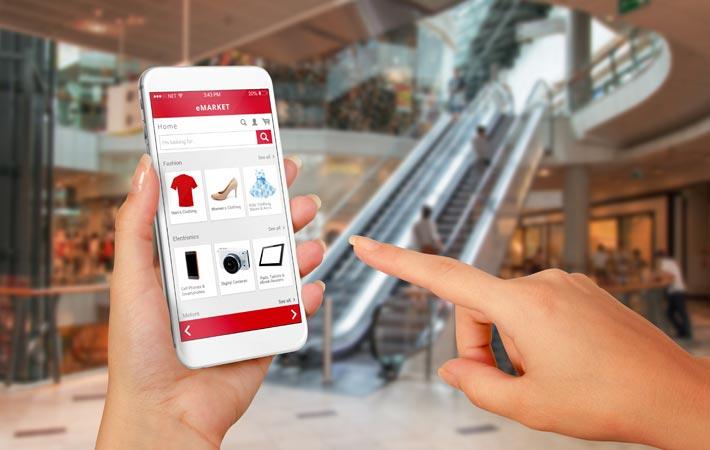 The Online Retail Monitor- Q1 2017 report by Google and British Retail Consortium (BRC) says that the South West saw the fastest growth in search volumes at 23 per cent compared with the same quarter a year ago, whilst Northern Ireland and Wales both grew by 19 per cent. In contrast London saw a decline of 8 per cent on Q1 2016.

"The (growth) points to the significance of retailers tailoring their online offering to suit both traditional browsing and mobile platforms in order to satisfy shoppers. Smartphone-ready sites and quick loading times are essential to holding customers' attention and converting searches into sales," said Helen Dickinson OBE, chief executive, BRC.

A closer look at the different areas of the UK shows that online searches from nations and regions beyond the centre are growing at a faster rate than urban hubs such as London, which actually saw a fall. Meanwhile, browsing activity from overseas remains strong, with countries as far flung as Estonia and large markets like Germany seeing particularly strong growth.

"Online sales now consistently make up over a fifth of total retail sales at home, while the appetite for UK brands abroad is clear to see. Satisfying this interest from home and abroad, via computer or smartphone, is the key for UK retailers to make the best of their online offering," added Dickinson.

"In the first quarter of the year, digital continued to drive growth for our UK retailers. Retail searches steadily grew throughout the quarter post-Christmas, reaching 9 per cent growth in March. Smartphone growth shows no sign of slowing down, with retail searches from mobile devices up 23 per cent year-over-year, 7 percentage points higher than last quarter," said Martijn Bertisen, retail director, Google.

Looking overseas, the EU continues to fuel growth in demand for UK brands. In particular, Eastern European nations like Estonia and Romania showed growth of more than 70 per cent year-over-year from smartphones, according to the report.

"Closer to home, we saw a slowdown in retail-related searches from Greater London, however there was an increasing appetite from the rest of the country, particularly on mobile. This highlights the importance of thinking local, we have seen up to 40 per cent of searches on Google have local intent, as consumers are more likely to research their purchases online before visiting a store," added Bertisen. (KD)