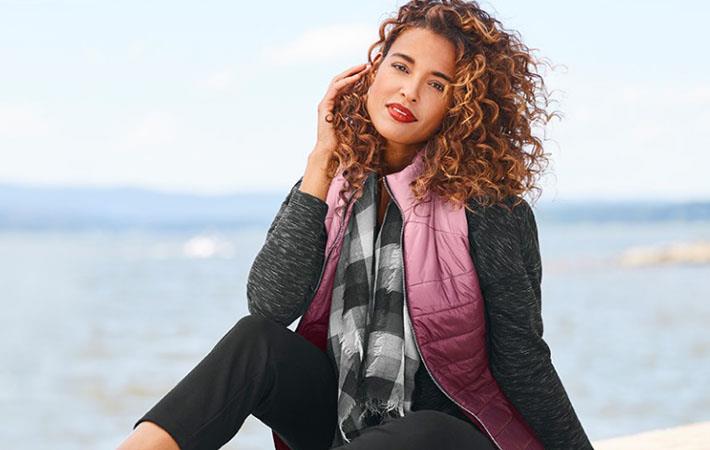 Courtesy: Christopher & Banks Corporation
Christopher & Banks Corporation, a specialty women’s apparel retailer, has made progress on the strategic initiatives during the second quarter of fiscal 2018. The company earned net sales of $87.4 million, an increase of 0.9 per cent, while operating on average 462 stores, compared to $86.6 million in net sales during the second quarter of fiscal 2017.

Gross margin rate was approximately flat at 28.5 per cent, as compared to last year’s second quarter, with lower merchandise margin offset by reduced occupancy costs as a percentage of sales.

"We made important progress in our turnaround efforts during the second quarter. We drove improvement in our comparable sales, saw a significant reduction in inventory levels, strengthened our financial position, hired two exceptional key executives and began to make progress on the strategic initiatives I outlined in the first quarter earning’s call," Keri Jones, president and chief executive officer, said.

For the reported period, selling, general & administrative expenses (SG&A) increased by $0.5 million, due to increased e-commerce investments, higher professional and consulting fees and a severance charge, partially offset by reduced store payroll and insurance expenses. As a percent of net sales, SG&A increased approximately 20 basis points to 33.9 per cent.

"Looking ahead, we remain intently focused on advancing these initiatives which include enhancing and simplifying her shopping experience, executing a disciplined promotional strategy, continuing to expand our omni-channel capabilities, building our customer base and reducing our cost structure. We expect these initiatives to begin to take hold this fiscal year and we believe we will deliver improved gross margin, drive year over year sales growth, and achieve meaningful improvement in earnings and cash flow in fiscal 2019," concluded Jones. (RR)