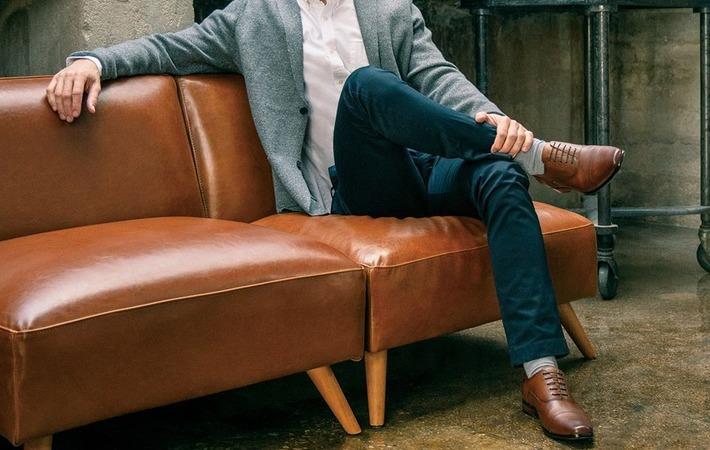 Pic: Weyco Group/ Florsheim Shoes
Weyco Group Inc,  a designer of quality and innovative footwear, posted its sales were down 14 per cent to $63.6 million in first quarter (Q1) FY20 ended on March 31, 2020 compared to sales of $74.1 million in same period prior year. Net earning for the quarter were $1.16 million (Q1 FY19: $3.96 million). Gross earnings were $23.17 million ($28.76 million).
“Our company has taken a long-term approach to the current situation,” Thomas Florsheim, jr chairman and CEO at Weyco Group, said in a press release. “We believe that our strong balance sheet and operating expertise will allow us to manage our way through this crisis.”
Selling and administrative expenses during Q1 FY20 were $21.83 million ($23.61 million). Earnings from the operations were $1.34 million ($5.14 million).
Company reported that the net sales in the North American wholesale segment, which include North American wholesale sales and licensing revenues fell 11 per cent to $52.7 million ($59.5 million). Within the wholesale segment, Stacy Adams, Bogs, and Nunn Bush first quarter net sales declined 23 per cent, 22 per cent and 8 per cent, respectively, with sales down in most major categories as a result of the retail shutdowns caused by the Covid-19 pandemic.
These decreases were partially offset by a 4 per cent increase in net sales of the Florsheim brand. Florsheim’s increase stems from strong sales in January and February before the retail shutdowns went into effect.
Sales in the North American retail segment, which include sales from the Florsheim retail stores and its e-commerce businesses in the US, were down 15 per cent to $4.8 million in the first quarter ($5.6 million). Same store sales (which include US e-commerce sales) were down 13 per cent for the quarter, due to retail store closings late in the quarter and decreased sales on the company’s websites.
Other net sales, which include the wholesale and retail sales of Florsheim Australia and Florsheim Europe decreased 32 per cent to $6.1 million ($9.1 million) in Q1 FY20.
“Our distribution centre and the majority of our supply chain continue to operate which allows us to continue shipping e-commerce orders while remaining ready to commence full operations when appropriate,” Florsheim said.
However, since we do not know when our retail partners will reopen their stores, we cannot presently estimate the future impact of the Covid-19 pandemic, as well as the resulting global economic slowdown, on our business, but we do expect it to have an adverse effect on our business in 2020.”