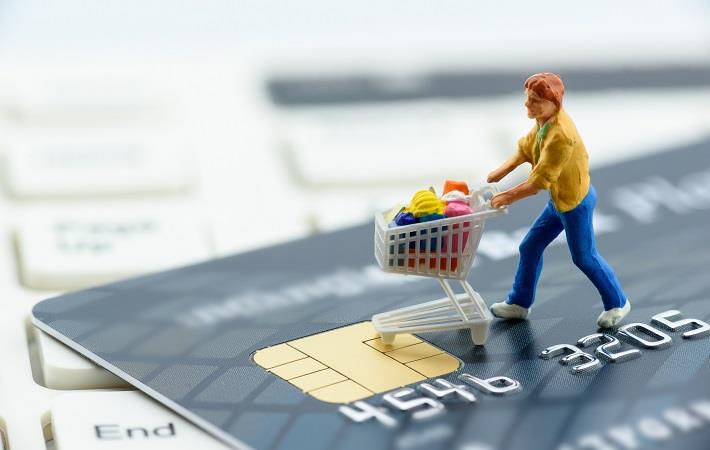 Pic: Shutterstock
UK online retail sales in the first half of 2019 slumped to their lowest ever growth rate of just 5.4 per cent year-on-year, according to the latest IMRG Capgemini eRetail Sales Index, which tracks the online sales performance of over 200 retailers with a combined annual spend of £28bn. Lingerie was among the sectors that saw the lowest growth.
In first half of 2018, online retail sales had registered a year-on-year growth of 16.9 per cent, with consumer spending buoyed by events like the Royal wedding, World Cup and the Spring heatwave.
The slowdown in growth during January-June 2019 was also broadly reflected across the sectors, with all but three recording reduced but still positive increases. Health & beauty (+13.0%), home & garden (+9.3%), and clothing (+7.3%) saw the strongest growth. Clothing in particular had a substantially better Q2 (+11.2% YoY growth) than Q1 (+2.6% YoY), due to the hot weather and retailers starting their summer sales early.
Looked at individually, one of the largest YoY declines in growth was seen in garden (-34.4%), although this reflected a fall from a particularly high growth rate in H1 last year thanks to the standout weather from April onwards. Elsewhere, the sectors which fared worst were electricals (-22.7%), gifts (-22.8%) and lingerie (-8.9%), all of which have experienced a continuous decline in sales over the past six months.
“In this country we have a tendency to regard online retail and physical retail (high streets) as being completely separate; an idea that has been fed over the past few years by the consistent growth in online even as the high street struggled. What we are now seeing is that they are not separate at all, but in fact deeply interconnected – hence growth in the first half of 2019 was the lowest yet recorded.
“With so much media coverage of well-known retailers announcing profit warnings and store closures, customer confidence in shopping with them is low. This forces them into heavy discounting to drive sales and their competitors get dragged into it too. It has now become so widespread that shoppers are used to the wide availability of discounts and many retailers – whether online-only or with a store portfolio – seem a bit stuck in it even before we reach the Black Friday peak.
“That said, from an online sales growth perspective it is the multichannel retailers (+5.2% for Jan-Jun 2019) who are currently experiencing lower growth than the online-only retailers (+7.4%). It may be that the old perception of getting better value online still persists, and that shoppers associate high street retailers with the highest chance of falling into administration, so they are having to work even harder than their online-only competitors to build sales,” said IMRG strategy and insight director Andy Mulcahy.
“The year started with a lot of gloom in the retail sector following the drop off in performance in H2 2018 and consumer confidence also fell to all-time lows. During the first half, consumer confidence settled in negative territory, on average 5.5 points below 2018 and growth was lowest recorded 5.4 per cent, a third of last year,” said Bhavesh Unadkat, principal consultant in retail customer engagement, Capgemini.
“If this year continues to mirror performance of last year, we can hope for a stronger second half.  However, with Brexit happening just before peak period and still uncertainty around what it will bring, we cannot know whether the index will recover or growth under 10 per cent will be the new norm, at least for this year. Caution and volatility within the market remain for the foreseeable,” Unadkat added. (RKS)