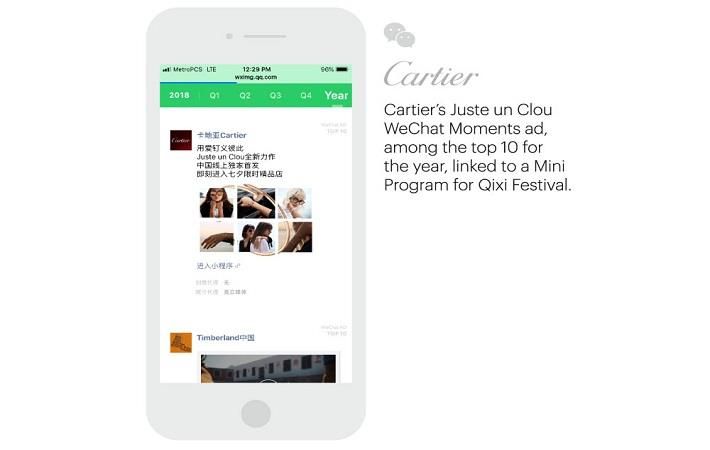 Pic: Gartner
Despite China’s economic slowdown and ongoing trade war with US, its luxury market rose by 20 per cent last year. Traditional luxury brands have maintained growth by adapting to Gen Z trends like streetwear and sneakers while leveraging new breed of Chinese brand ambassadors — young pop idols — to promote their products online, says a study by Gartner.

According to the report ‘Gartner L2’s Digital IQ Index: Luxury China 2019’, the luxury brands prefer control over their e-commerce experiences and relationships with consumers with brand-owned WeChat stores and DTC remaining the most popular channels for selling online. In this way, brands are responding to luxury consumers with high purchasing power as they can make or break their reputations on social media.

The top ten brands in the Gartner report boast the strongest digital performance within the current circumstances, both national and international.

Ascending to the top of this year’s ranking with high online buzz in China over its streetwear products and announcement of Kris Wu as its global brand ambassador, Genius brand Louis Vuitton has embraced owned e-commerce channels in China. After a soft launch of site DTC commerce in 2017, the brand officially launched e-commerce to all of mainland China in July 2018 and utilised the streetwear ‘drop’ model with a WeChat pop-up shop Mini Program for popular sneakers designed by Virgil Abloh. Louis Vuitton got a Digital IQ score of 145 in the Top ten index.

Bulgari, which scored 144 on the index, came at the second spot. Also a Genius brand, Bulgari has built up its site and WeChat functionality in China for omni-channel and customer service, allowing users to customise products, make store reservations, check physical store inventory and pick up online orders in-store. Like Louis Vuitton, the brand has also enlisted Kris Wu as a brand ambassador to generate engagement with a younger generation of consumers, while social promotions featuring singer Jolin Tsai and actress Shu Qi appeal to its mature customers.

Cartier’s Weibo video campaign series featuring heartthrob celebrity Lu Han for Chinese Valentine’s Day received significant engagement promoting the global launch of the third and final Genius brand’s Juste un Clou collection. A WeChat Moments ad for the collection was among WeChat’s 10 most popular Moments ads for 2018, while the brand has also experimented with full-screen ads on social shopping app Red for its offline Clash de Cartier exhibition, which users could reserve tickets for via a WeChat Mini Program. Cartier received 141 points on the index.

As a global partner to Farfetch, Gucci’s products have the highest visibility on Farfetch’s fashion category page for China and the brand came in the fourth position in the Top ten index with a score of 134. The brand’s Shanghai Artist is Present exhibition and pig-themed Chinese New Year campaign sparked discussion online, while it reached out to Gen Z for Chinese New Year with a celebrity-driven Douyin campaign. An expert in building online hype, Gucci also doesn’t neglect the basics of digital competence: its sophisticated China brand site offers functionality like anti-fraud education and tools, customisation, store inventory and more.

While Montblanc faced a setback last year when it lost superstar brand ambassador Fan Bingbing due to her tax evasion scandal, its multi-ambassador strategy still earned it high engagement on social media. The brand remained at fifth position with a score of 129. In fact, two Weibo posts featuring brand ambassador Yang Yang were among the 10 most popular in the watch and jewelry category, including a post linking to its Montblanc X Yang Yang collaboration.

Dropping out of the top five this year, Coach remained digitally Gifted as it continues to invest in WeChat, with a WeChat brand zone on search linking to Mini Programs for its loyalty programme and celebrity-studded Coach Lights Up Shanghai runway show in December 2018. It scored 126 points on the Digital IQ index.

Tiffany & Co, the American jeweler, shared the sixth position with Coach with a score of 126. The company has invested in advertising on China’s top mobile apps. Two of its ads in WeChat’s Moments newsfeed were listed among 2018’s top 10 most popular WeChat ads, including a video featuring celebrities Du Jiang and Huo Siyan for its ‘Believe in Love’ campaign. The brand has also bought multiple ads on Red to reach a younger audience.

Piaget saw success on Chinese social media through promotions featuring its celebrity brand ambassador, actor Hu Ge. One Weibo post featuring him promoting its Altiplano watch earned 29 million views and was among the most-watched in the watch and jewelry category. Piaget came at the eight position with a score of 125.

Previously first in the Index, Burberry’s social engagement declined after the brand held a celebrity-free fashion show to ring in the Tisci era and its Chinese New Year campaign garnered some criticism for being culturally out of touch. But the brand’s embrace of monthly digital drops of streetwear items via a WeChat Mini Program show its continued commitment to experimenting with novel luxury e-commerce models that appeal to China’s digitally connected younger generation. Burberry was named the ninth most digitally strong brand and scored 121 points.

Always open to digital innovations, Chow Tai Fook also came at the ninth position, scoring 121 points. The brand utilises blockchain to authenticate its T Mark diamonds and signed an agreement with Tencent for WeChat Pay cooperation in December. The brand is also among the most active on Red with a social account and shop on the platform. (PC)