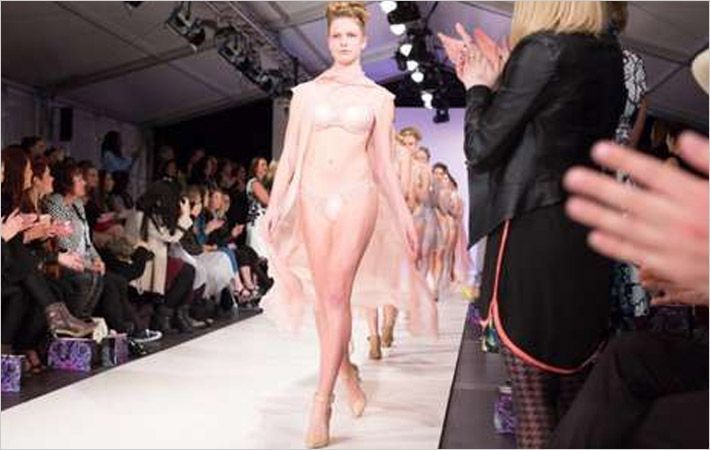 Models cruised down the runway in both lacy and masculine garments designed to look just like other pieces of underwear.

This is the first time, anywhere worldwide, that incontinence underwear has graced a catwalk, the company said in a press release. Confitex's Hi-Life Collection debut showcased 30 looks ranging from day-time wear, to softer evening lingerie, to the first G-string designed for light incontinence.

The brand's resounding message of 'don't hold back from living your life' is bound to lift the spirits and lifestyles of the one in four people globally who suffer from incontinence.

A bladder behaving badly is no reason for people not to make the most of every day, says designer and co-founder Frantisek Riha-Scott. "Our underwear is beautiful, environmentally responsible and made for people with a love of life and adventure."

"People who happen to have incontinence should be able to enjoy their lifestyle, freedom and independence. Our goal is to give those that want it the means to get out there, do what they want to do and see who they want to see," said Dr Davey. (SH)

Marta Sinigaglia
Replay
Replay is synonymous with high standards in denim production
Ilker Hacioglu
LC Waikiki
Expecting 25% growth for 2022
Atul Ganatra
Cotton Association of India
Textile industries will give good performance in 2022
Ishak Aydin Ozturk
Ekoten
Functional textiles is one of the most important and...
Vrinda Sachdev
Qbik
Womenswear is seeing a shift to lots of glitter and glamour
Reynu Taandon
Label Reynu Taandon + Nikhita
Brides have become more contemporary & experimental
Barbara Biosah
Label - Dumebi
DUMEBI is for a confident woman from any and every...