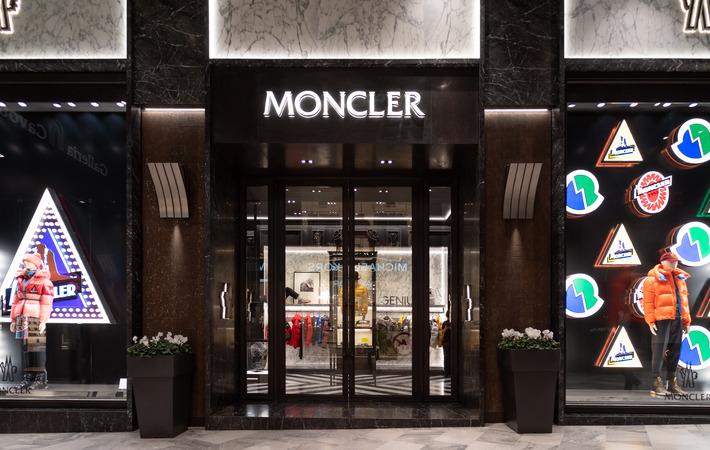 Pic: Shutterstock
Moncler, an Italy based apparel and lifestyle luxury brand, reported 29 per cent revenues decline to €403.3 million in its first half (H1) fiscal 2020 ended on June 30, 2020 compared to revenues of €570.2 million in same period previous year. Company incurred a loss in net results of €31.6 million compared to profit of €69.9 million during H1 FY19.
“2020 will remain deeply impressed in our collective memories. We have lived through difficult months which have led us to consider our priorities, projects and expectations,” Remo Ruffini, Moncler’s chairman and chief executive officer, said in a press release.
Revenues in all the regions of business declined during the period. Italy reported 39 per cent decrease to €41.9 million (H1 FY19: €68.4 million). Revenues in EMEA (Europe, Middle East and Africa) fell 23 per cent to €129.9 million (€168.8 million). Asia and rest of the world’s revenue dropped 27 per cent to €181.6 million (€249.3 million). While in America’s revenue slipped 41 per cent to €49.8 million (€83.5 million).
During H1 FY20, retail distribution channel’s revenue came down 32 per cent to €300.5 million (€437.1 million). However, e-commerce continued to register double-digit growth. While, wholesale channel recorded 21 per cent decrease in revenues to €102. 8 million (€133.2 million).
Gross margin for the reported period were €279.5 million (€437.1 million). EBIT (earnings before interest and taxes) reported a loss of €35.4 million compared to earnings of €102.6 million in H1 FY19.
“It is difficult to know how the second half of the year will evolve. I believe, however, that what we are facing will continue to have a significant impact for several months on, at least in some parts of the world,” Ruffini said.