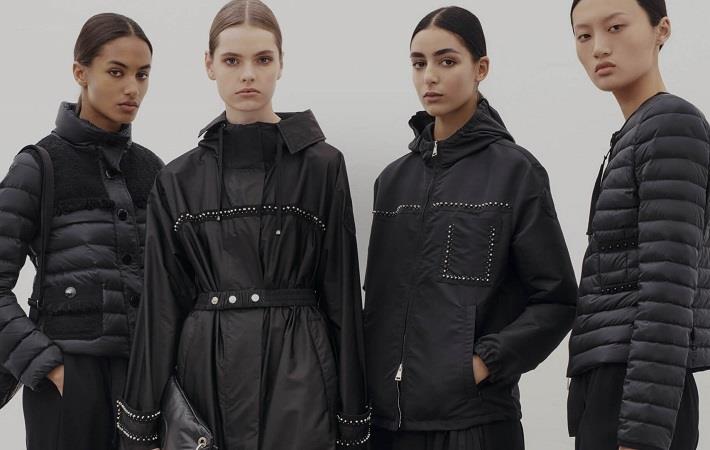 Pic: Moncler
Moncler, an Italy based apparel and lifestyle luxury brand, posted 13 per cent revenue growth in Q4 FY19 that ended on December 31, 2019. For full year Moncler grew 13 per cent to €1.6 billion. Consolidated gross margin in FY19 reached €1,265 million equivalent to 77.7 per cent of revenues attributed to retail channels growth, the group reported.
Selling expenses were €498.5 million or 30.6 per cent of the revenue growth. General and administrative were €148.5 million equal to 9.1 per cent revenues. Net income for FY19 grew 9 per cent to €361.5 million or 22.2 per cent of revenues.
In FY19, Italy recorded 10 per cent growth. The performance was driven by 21 per cent growth in retail channel during the fourth quarter.
EMEA (Europe, the Middle East, and Africa) revenues rose 14 per cent in FY19 grew 19 per cent in Q4 led by UK, Germany and France.
Asia and Rest of World (RoW) rose 13 per cent in the year and 9 per cent in Q4 notwithstanding the negative performance in Hong Kong SAR. Mainland China and Korea led the growth.
Americas delivered good performance with 11 per cent growth in FY19 and Q4 both.
Retail segment, driven by solid organic growth and space distribution grew 13 per cent to €1,256.9 million in FY19.
Group achieved 7 per cent comparable store sales growth in FY19.
The wholesale channel recorded 10 per cent growth at €370.8 million driven by the expansion of the wholesale mono brands stores network including the airport location and by the e-tailers.
Considering the seriousness of current situation of the Coronavirus, Moncler reported difficulty in forecasting performance in FY20.
The management in their strategies for the future outlook said that they will work towards strengthening the brand and follow the sustainable business development in line with its founding values. The group will also work towards selective expansion in product's categories.

Looking to the post-pandemic period, a new research brief by the...