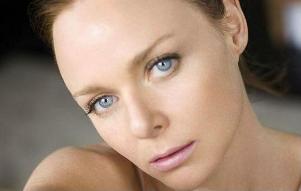 Multiple award-winning British designer and environmentalist Stella McCartney has been appointed as the new patron of Designer for Tomorrow (DTF), a competition meant for encouraging fresh up and coming design talents.
In taking up the new role, McCartney has succeeded American designer Marc Jacobs, who has been holding the high-profile position for the past two years.
McCartney’s new responsibilities will include reviewing applications submitted by young emerging designers from the entire European continent, followed by short listing of the top 10.
Later in May, the 41-year-old designer will view the collections created by the international finalists and will also help the jury in deciding the 2013 winner of DTF during the forthcoming fashion week in Berlin in July.
Held as a part of Mercedes-Benz Fashion Week Berlin, the DTF contest is sponsored by the leading German specialty department store chain Peek & Cloppenburg.
Founded in 1900, Peek & Cloppenburg is an international fashion chain that specializes in selling designer and own-brand fashion clothing for men, women, teens and kids.
A proud holder of OBE (Order of the British Empire), Stella is the daughter of former Beatles member Sir Paul McCartney and American photographer and animal rights activist Linda McCartney.