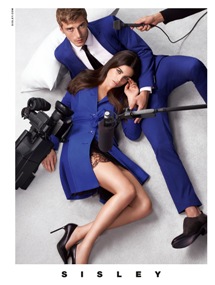 The new Sisley advertising campaign for Spring/Summer 2014 portrays the life of two couples living the golden lives of celebrities who are adored by the media. Set in hedonistic and glossy New York, the campaign will feature the fashion icon Julia Restoin Roitfeld, the top model Clément Chabernaud, as well as the new faces in fashion, Lindsey Wixson and Reuben Ramacher.

Young and famous, they are the new idols of stardom, the faces to be seen, the ones to spy and dream about. With a blasé charisma, they open the doors of an astonishing New York’s penthouse with breath taking views, to be photographed, followed and adored by the scrutinizing lenses of the media.

They portray the Sisley’s world: a captivating and unexpected blend of endearing personalities, of sexiness, of modernity as well as unconventional coolness.

Julia + Clément: she is Julia Restoin Roitfeld, uber-chic and ultra-blasé, an icon of French glamour and elegant sensuality, she is today a model as well as an art director. A woman known for her fascinating looks, a bon-ton style as well as a rock, chic and cool attitude. With her, is Clément Chabernaud, the French top model, known for his edgy, sleek style as well as his hyper modern good looks.

Lindsay + Reuben: Lindsey Wixson, is today one of the new faces of modern beauty with her plump lips, baby face and the gappy smile which brought fame, also, to Madonna and Lauren Hutton. With her sweet and sensual charisma, she is a modern version of Marianne Faithfull. Next to her is Reuben Ramacher, the renown Australian model with killing blue eyes and an androgynous and sexy style, reminiscent of Mick Jagger.

These are the new faces of Sisley S/S 2014, chosen to represent the brand’s sexy, urban and contemporary essence, as well as its collections characterized by modern cuts, shapes, innovative fabrics as well as the unexpected techniques and details.

Every day of these modern celebrities’ lives is constantly monitored by a crew of journalists who broadcast live everything they do. Like John and Yoko or Mick and Marianne, the young protagonists of  Sisley S/S 2014 advertising campaign live under the relentless lenses of a “Big Brother”, or in other words, each one of us.

A constant media scrutiny, hungry for fashion tips, ideas, looks to copy as well as for that urban, irreverent, sensual and modern style which is synonymous today of Sisley’s collections. The young couples are portrayed by the penetrating lens of photographer Sebastian Faena, a young and creative Argentine with an innovative, sexy and provocative touch.

The new Sisley S/S 2014 advertising campaign continues the creative path the brand has taken with the Fall/Winter 2013, where fans and online devotees were able to discover all the secrets of the photo shoot with Georgia May Jagger on all the brand’s social media.

The website Sisley.com will host a real show within a show. Not only will there be a wealth of exclusive backstage photos, but the site will also offer the opportunity to enjoy an authentic interactive experience – part multimedia story, part videogame.

Visitors can move around the room of the New York penthouse where the photo shoot took place, switching their attention from the models to their looks, as well as to key pieces of S/S 2014 collection. All details of all the items from the collection presented in the pictures will be accessible, and in some cases, the site will also offer the possibility to order them directly online. 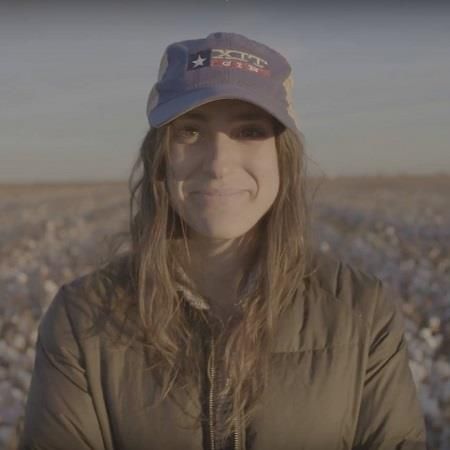