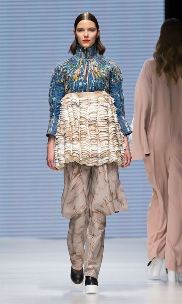 The winner of the H&M Design Award 2014 is Eddy Anemian, a 24 year-old student at La Cambre in Brussels. The winning collection was presented with a fashion show at Mercedes-Benz Stockholm Fashion Week.

In addition to the show, Eddy has won €50,000 and the opportunity to sell pieces developed from his collection in selected H&M stores and online later this autumn.

“All of the judges fell in love with Eddy’s collection, both the romance of how it looks when it is worn, and the extraordinary skill of his work seen up close. He is a worthy winner, and a bright new star for fashion’s future,” says Ann-Sofie Johansson, H&M’s creative head of design.

“Eddy's work was very beautiful. The textile techniques used were interesting, as well as the elegant silhouettes he created. The future is very bright for him. I'm excited to see what he will do next,” says fashion designer Erdem.

Eddy, from Saint Chamond in France, won the H&M Design Award 2014 with his fourth-year collection titled They Can Cut All The Flowers, They Cannot Keep Spring From Coming.

It was inspired by Tilda Swinton in the movie I Am Love, and the French painter Ingres, with floral upholstery fabrics cut and reconstructed into fluid shapes, contrasted with flounces of waterproof fabric with the effect of marble. Eddy is now in his final year at La Cambre, and hopes to one day have his own label.

“I was so very happy to win the H&M Design Award, and the chance to show my collection at Mercedes-Benz Stockholm Fashion Week. I’ve wanted to be able to start my own label for such a long time, and now maybe with this prize I will have the chance to do it,” says Eddy Anemian.

The winner of this year’s People’s Prize has been announced as Henriette Tilanus who has studied at ArtEZ Institute of the Arts in Arnhem. Visitors to the H&M Design Award website voted for their favourite from the eight finalists, with the winner receiving a three-month internship at fashion designer Erdem’s studio in London.

This is the third year of the H&M Design Award, founded to encourage and support young fashion talent at the very beginning of their careers. Students from 32 design schools competed to be one of the eight finalists whose work was then presented to the grand jury.

Today’s winning show by Eddy was streamed live at designaward.hm.com, where footage from the entire awards process can be seen, to inspire future generations to help move fashion forward. 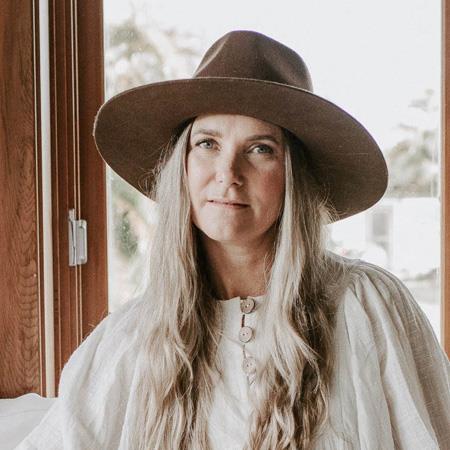 Bird &amp; kite is a sustainable and slow fashion brand based in...