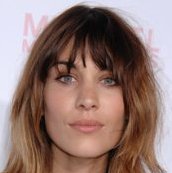 Alexa Chung/c: IMDb
Alexa Chung, the English television presenter, model and contributing editor at British Vogue, has donned the designer’s cap for American denim label Adriano Goldschmied.
The 30-year-old Briton has teamed up with the Californian jeans specialist to create a 20-piece range inspired by the late 1960’s and early 1970’s looks.
Launching sometime in January 2015, the line would include dresses, T-shirts, shirts, dungarees, shorts, jackets and pants in pale pink, cream, rusty red, and faded army green and blue hues.
Other than giving her style inputs to the upcoming collection, the New York-based celebrity would also model her self-designed pieces in the accompanying print campaign of the spring range.
Founded in 2000, Adriano Goldschmied operates with several distribution networks across Canada, Asia, and Europe.