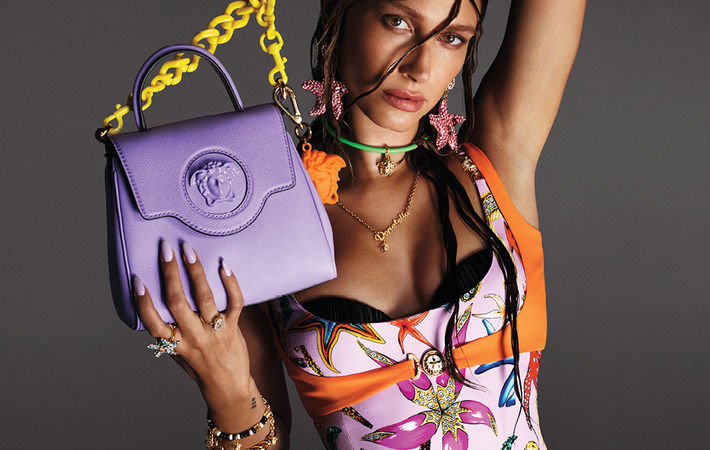 Pic: Capri Holdings Limited
Capri Holdings Limited, a US-based global fashion luxury group, has reported that its revenue remained flat at $1.2 billion in the fourth quarter (Q4) of fiscal 2021 ended on March 27, 2021, compared to the corresponding quarter of previous fiscal. The company’s net loss for reported period reduced to $182 million (Q4 FY20: $552 million).
“We were pleased with our fourth quarter results as revenue improved sequentially and exceeded our expectations. Retail sales increased 13 per cent versus prior year, driven by an improvement in both e-commerce and store sales,” John Idol, company’s chairman and chief executive officer, said in a press release.
“As we continued to execute on our strategic initiatives, earnings were higher than anticipated driven by better revenue results and gross margin expansion across all three of our luxury houses,” Idol added.
Gross profit during Q4 FY21 was $737 million ($631 million), while loss from the operations reduced to $139 million ($536 million). The company's e-commerce sales improved sequentially 80 per cent (approximately).
During the quarter, sales of Versace grew 10.3 per cent to $235 million ($213 million), while Jimmy Choo sales rose 15.9 per cent to $124 million ($107 million). However, sales of Michael Kors fell 3.9 per cent to $838 million ($872 million).
“Looking forward, we remain optimistic about the outlook for the fashion luxury industry and Capri Holdings. As the world starts to recover from the pandemic, we are confident in our growth opportunities for Versace, Jimmy Choo and Michael Kors. We believe our three luxury houses position Capri Holdings to deliver multiple years of revenue and earnings growth, as well as increase shareholder value,” Idol concluded in the release.