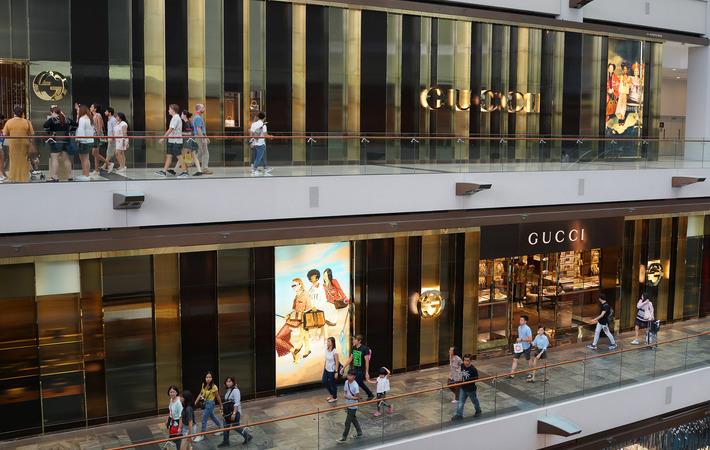 Pic: Shutterstock
Kering SA, a French global luxury group, has announced its half year (H1) results for fiscal 2020 ended on June 30, 2020. Revenues for the period fell 29.6 per cent to €5,378.3 million compared to the revenue of €7,638.4 million in same period last year. Company’s net income for H1 FY20 slipped 53 per cent to €272.6 million (H1 FY19: €579.7 million).
“It is fair to say that the first half of 2020 has been the toughest period we have faced, we stand in solidarity with all who are suffering through this situation and acknowledge the remarkable contribution of all our associates. Our results today underscore the extent of the disruption exacted by the pandemic on our operations,” François-Henri Pinault, chairman and chief executive officer at Kering, said in a press release.
Recurring operating income during the first half dropped 57.7 per cent to €952.4 million (€2,252.7 million). EBITDA were down 40.4 per cent to €1,675.0 million (€2,809.3 million).
Revenue of Gucci fell 33.5 per cent to €3,072.2 million (€4,617.1 million). As stores reopened, the House regained a favourable momentum with local customers in its main markets. Online sales performed particularly well in the first half, up 51.8 per cent.
Yves Saint Laurent achieved revenue of €681.1 million (€973.0 million) down 30.0 per cent. Bottega Veneta’s revenue fell 8.4 per cent to €503.1 million (€549.0 million). While other houses reported revenue decline of 25 per cent to €919.1 million (€1,225.3 million).
“We entered 2020 in a particularly solid position, our global scale, the desirability and agility of our brands, and our values of sustainability and responsibility, all are key assets in weathering current conditions. Our strategic vision is only reinforced by the crisis and, with the benefit of our sound financials, innovativeness and digital expertise, we are pursuing its implementation with consistency and determination,” Pinault said.

The UK government has welcomed the European Commission's draft data...

Asos relaunches Topshop online after acquiring it for £295

Asos recently relaunched Topshop on its website after acquiring the...