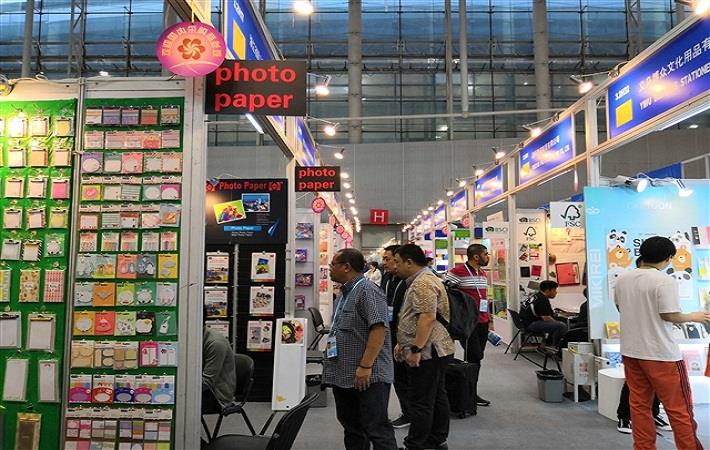 Pic: Canton Fair
Rodrigo Aballay, president of Institute of Asian Culture of Chile, recorded details of China Import and Export Fair (Canton Fair) with his camera lens and made them into a TV programme, later broadcast it on Chile’s Channel 13C. As a result of his efforts, more and more Chileans and Chilean companies came to know about the Canton Fair and wanted to visit it.

“I have taken pictures about the Canton Fair and the daily life in Guangzhou for five years, and I am very proud of that,” Aballay said in an interview at the 126th Canton Fair.

Rodrigo Aballay traced his story with Canton Fair to his school days. In fact, Chinese culture was not the first Asian culture that he was exposed to. He came to Korea in a study tour by chance, and soon he was invited to serve as the head of Sino-Chile Institute of Culture. “I was originally a history teacher and didn’t even know what ‘Confucius Institute’and ‘Confucianism’ are. So I asked other people for answer and thus became attached to Chinese culture.”

Rodrigo Aballay, president of Institute of Asian Culture of Chile, recorded details of China Import and Export Fair (Canton Fair) with his camera lens and made them into a TV programme, later broadcast it on Chile's Channel 13C. As a result of his efforts, more and more Chileans and Chilean companies came to know about the Canton Fair and wanted to visit it.#

Later, after the term of office expired, Aballay did not want to go back. Inspired by his love for China and his interests in Chinese culture, he founded Institute of Asian Culture of Chile in 2008. The association is dedicated to inducing and studying Asian history, culture, economy as well as trade, and to promoting them in Latin America. In addition, with his vast stores of Asian knowledge, Aballay has assisted a large number of Chilean companies in establishing business relations with Asian companies. And this is the start point for his TV program.

“We have brought over 270 Chilean companies this year. There will be more than 400 in the spring session next year; they’ve already started registration. Through our TV program, they feel that the other side of the globe is an incredible world with many incredible opportunities. Therefore, more and more Chilean companies attended the Canton Fair.”

Since 2011, Aballay has been actively promoting the Canton Fair in Chile and assisting Chilean buyers to attend the fair. With the support of Ministry of Economy of Chile, he has organized and brought more than 5,000 Chilean entrepreneurs to China.

As introduced by Aballay, in the past five years, more than 60 episodes of Connection Asia have been broadcast in five seasons, which record precious moments of Chileans at the Canton Fair. The Magic of China, the program he is making, will focus on Chinese tourism and culture and is expected to be broadcast on the Channel MEGA next March. “I start from the Canton Fair and extend my theme to many aspects of China. In the future, I will travel all over China and record the most touching places,” said Aballay.

According to Aballay, the development of China, including the progress of the Canton Fair, has brought unprecedented changes to Chilean companies. A large number of Chileans have come to the Canton Fair to communicate with Chinese suppliers and manufacturers, which has greatly improved their companies and brought vitality into Chilean economy. Aballay’s program lets more people know the deep friendship between Chilean entrepreneurs and the Canton Fair.

Speaking of his friendship with Canton Fair, ‘SMS bombing’ must be mentioned. May of this year was the darkest period in Aballay’s life. Illness tortured him ruthlessly. When doctors were about to give up, messages flooded in Aballay’s cell phone.

“Currently, cultural exchanges between the two countries are increasingly frequent. Great achievements have been made in economic and trade cooperation, and exchanges have been deepened. In the future, the people of the two countries have a lot to learn from each other, which I think is particularly exciting,” said Aballay with a smile.