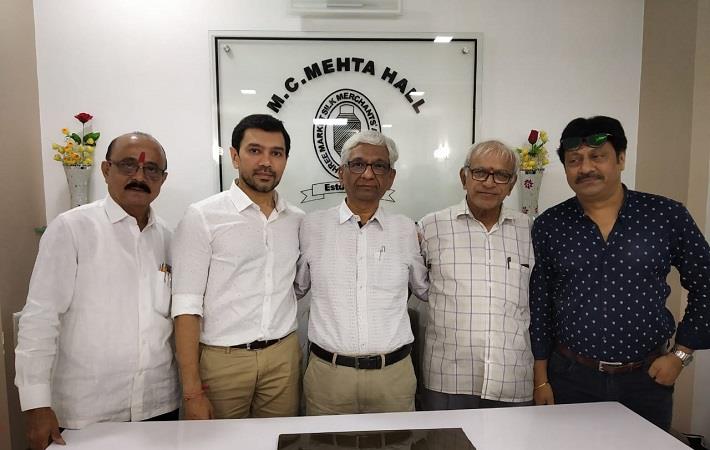 Established 71 years ago, Shree Market Silk Merchants’ Association provides various services to its members. It has set up an Arbitration Committee for disputes between traders and manufacturers, (and has appointed Rakesh G Jain, advocate-High Court to give legal advice to the textile traders. The association provides information regarding terms & conditions to be printed on contract forms, delivery challans, and invoices.

Narendra D Mehta, chairman of DS Textiles, has been unanimously elected as president of Shree Market Silk Merchants' Association for 2019 -2021. The associated elected Niraj B Mehta as vice president, while Haresh B Kapadia and Ashwin J Malkan have been elected as honorary secretaries of the association. Dewang A Shah has been elected as treasurer.#

The association works to solve the problem of traders with any transport company regarding non-delivery of goods, loss of goods in transit, or any other claims whatsoever. It also provides full information with respect to prevailing laws, new laws, any changes by government in existing laws, etc.

The association also briefs members on matters related to Shop & Establishment Act, Professional Tax Act, Gumasta & Mathadi Laws as well as GST. It holds seminars for increasing awareness of its members from time to time.

It also encourages and educates the children of gumastas, brokers & mathadi kamgars by giving scholarships. Reliance Foundation has donated ₹42.50 lakhs in last 5 years to the association for this purpose.