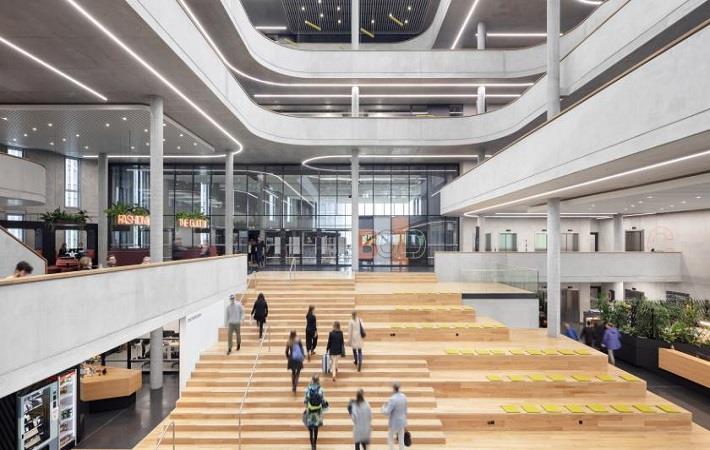 Pic: Zalando
Zalando, Europe’s leading online platform for fashion and lifestyle, has revised its targets for diversity in its senior leadership. The company aims for a balanced representation of women and men on its top six management levels, including the Management Board and the Supervisory Board, by the end of 2023.

The new target that will be published in the company’s annual report is defined as a 40/60/* corridor where Zalando strives for women and men to reach a representation between 40 and 60 percent on each level. The * acknowledges and actively includes non-binary genders.

“During the past 11 years, we have been very focused on establishing and growing our business, and we didn’t put enough effort into countering structural imbalances that have evolved. We acknowledge that today we lack diversity in our senior management, and we are committed to changing this,” says Zalando Co-CEO Rubin Ritter. “We strongly believe that only a diverse and inclusive culture will ensure that we have the best talent on board and can truly serve our customer base.”

Zalando, Europe's leading online platform for fashion and lifestyle, has revised its targets for diversity in its senior leadership. The company aims for a balanced representation of women and men on its top six management levels, including the Management Board and the Supervisory Board, by the end of 2023. The new target that will be published in company#

Cristina Stenbeck, chairwoman of the Supervisory Board, Zalando SE said, “Diversity at all levels of a business drives better decision making and fosters a culture of creativity, and when at its best it also boosts overall performance. I am also convinced that diverse teams are more apt to create unique products and relevant user experiences for customers, as well as value creation for stakeholders. The Supervisory Board supports the adoption of these diversity targets as a means to step-change Zalando’s progress in building a more inclusive organization over the long term.”

The new targets are part of a general revision of the company’s diversity and inclusion strategy, in which Zalando aims to diversify different dimensions of its workforce, amongst others, gender, internationality or education. Over the next months, Zalando will launch several initiatives to achieve this goal, such as updating its decision-making bodies and committees, changing hiring practices and introducing holistic succession planning.

Going forward, Zalando will annually report on the share of women and men represented on the top six senior management levels, as well as other diversity dimensions in a diversity report.

A Sukumaran
Joint Apparel Association Forum (JAAF)
Sri Lanka has some of the strongest labour laws in the...
Kerry Bannigan
Fashion Impact Fund
Women-led initiatives lack access to money, media and...
Frederica Brooksworth
CIAFE
Africa is full of resources for teaching fashion the...
Daniele Uboldi
EptaInks
Strong demand for materials from renewable sources
Angel Sanchez
Angel Sanchez
Angel is renowned worldwide for his bridal and evening wear ...
Sanjukta Dutta
Sanjukta's Studio
Every mekhela chador is unique, customised and handcrafted...
Paul Gaudio
Brand - Unless
Our mission is to eliminate plastic waste from the fashion...