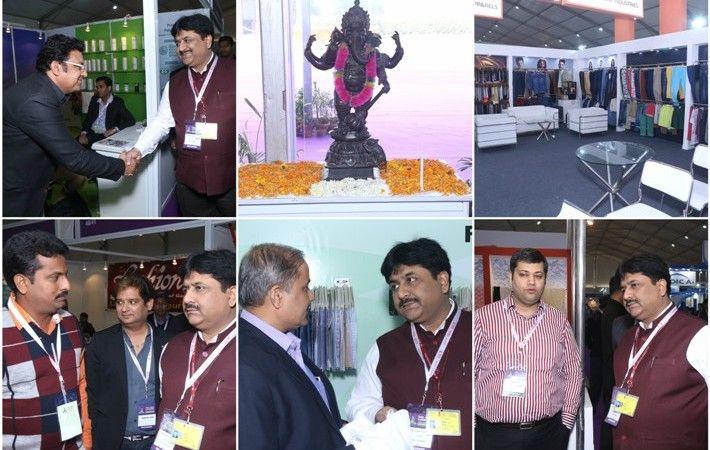 The organizers of the Yarn, Fabric & Accessories (YFA) 2016 trade show, have joined hands with SRTEPC, one of the oldest export promotion councils in India for the promotion of Indian man-made fibre and textiles to offer a 15% subsidy to SRTEPC members who want to exhibit at YFA 2016. YFA 2016 will be held from November 23-26, 2016.

This subsidy to SRTEPC members will be over and above the 60-90% subsidy offered by National Small Industries Corporation (NSIC) to YFA 2016 exhibitors. NSIC, a government of India undertaking offers the subsidy under various categories of its Marketing Assistance Scheme.

With just under two months to go, YFA 2016 has attracted over 130 companies from India and abroad, which also includes a Chinese Pavilion, as against 100 exhibitors in the 2015 edition. A special highlight of YFA 2016 is the Denim Zone, which will see top 20 Indian denim fabric makers exhibiting their denim innovations.

YFA 2016 aims to redefine the way fibres, yarns, fabrics and apparel accessories are sourced and bring renowned suppliers from the these four segments closer to buyers and also offer buyers a one-stop place to source all their requirements.

Founder duo of Vision Communications, Abhishek Sharma and Ankur Goel say, âOur aim is to bring producers of world class and multiple varieties of value added fibers, yarns, fabrics and also garment accessories closer to the end-users in Delhi and its surrounding areas through YFA 2016.â To make this happen we have tied up with all leading export promotion councils and associations of India like NITMA, TEXPROCIL, SRTEPC, PDEXCIL, AEPC, CMAI, FOHMA, UPAEA, NAEC, TAI, NITRA, NSIC & PTA Users Association.