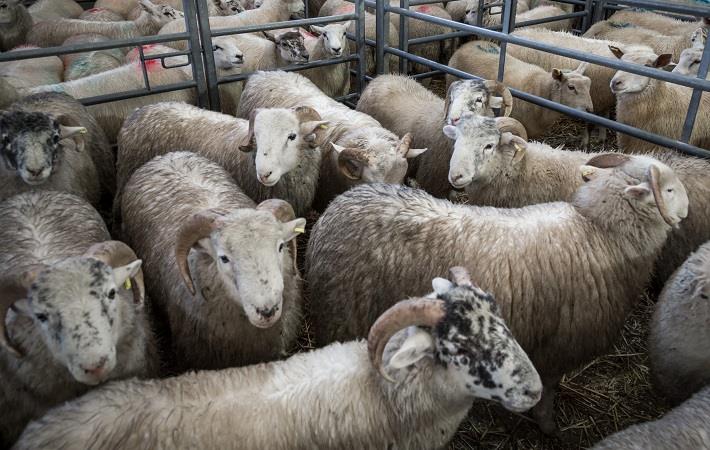 Pic: Shutterstock
The growing concerns of the viral outbreak, coronavirus, in China, along with the Lunar New Year adversely affected Australian wool auctions this week. As more news of the virus was made public, the less confidence buyers had about getting orders from China to operate at auction for the opening, according to the Australian Wool Innovation Ltd (AWI).
The Australian Wool Exchange (AWEX) Eastern Market Indicator (EMI) lost 28ac or 1.8 per cent this week to close at 1548ac clean/kg. The EMI in US dollars (USD) was pushed even lower by a substantially weaker Australian dollar (AUD). The foreign exchange (forex) rate was 1.9 per cent lower and made up half of the 3.6 per cent depreciation of the USD EMI which moved down 39usc to a 1043usc clean/kg. Once again, the overseas manufacturers using USD to buy wool were the recipients of a much cheaper buy price.
"When markets, of any type, are affected by such sudden and outside influences as witnessed this week, true demand signals are often shrouded and can lead to false price movements. This week we could gather no clear direction as to what that is as both days of selling produced polar opposites in price trajectory. All we can hope for is a quick resolution to the virus and a restoration to health by those affected," AWI said in its commentary on sale week ending January 31.
"Sales commenced on Wednesday to a dreadful tone, with most sale room operators choosing to sit and watch. Just two or three buyers were active which resulted in pass in rates overall of 37 per cent. Noticeably, almost 50 per cent of the Merino fleece failed to meet the vendors reserves. By the end of the day Merino fleece and skirting types finer than 18.5 micron had 80 to 100ac wiped off their values and all descriptions broader than 18.5 micron were a general 30 to 50ac lower. Crossbreds traded 50ac cheaper and cardings 20 to 30ac lower," the AWI report said.
Thursday brought about a radical change in sentiment though, as most buyers reverted to normal purchasing strategies. A complete 180 degree change occurred as almost all operators were keen to buy from the outset. The day’s offering had been drastically reduced by growers withdrawing their clips prior to auction, which placed additional pressure on an already hot market place.
Wool prices across all types and descriptions rose substantially and a recovery was seemingly well underway, adding to an ever increasing sense of confusion amongst traders and wool participants. More than half of the losses of the previous day had been reinstated on the superfine Merino (finer than 18.5 mic) types making them 30 to 40ac cheaper for the weekly result. The broader Merino wool prices clawed their way back to within 10ac of their weeks opening levels. Crossbreds regained 20ac to be 30ac cheaper for the week and cardings ended up being largely unchanged.
The standout of this week’s buying activity was the strength of interest emanating from the world’s largest top maker from Europe across the Merino fleece and skirtings. Traders were active and indents from China also played their part. The carding sector was completely dominated by local processors causing traders to fight hard to try and secure quantity.
Next week has 36,000 bales scheduled for auction.

The growing concerns of the viral outbreak, coronavirus, in China, along with the Lunar New Year adversely affected Australian wool auctions this week. As more news of the virus was made public, the less confidence buyers had about getting orders from China to operate at auction for the opening, according to the Australian Wool Innovation Ltd (AWI).
More Australian Wool Innovation Limited News... More Textiles News - Australia...