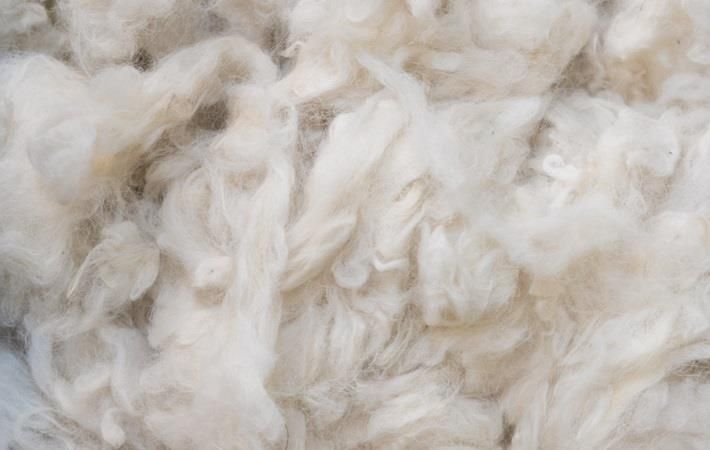 Pic: Shutterstock
Since the first week of September the Australian wool market, when measured using the Eastern Market Indicator (EMI) as the base, has risen by 42 per cent in AUD and gained 37 per cent in value in US dollars. This rise has occurred in just seven weeks of selling but significantly with an average offering of 26,790 bales per week, according to AWI.

Meanwhile, wool auctions this week saw dramatic price movements. "Both selling days were in stark contrast not only for sentiment and confidence, but also for type-specific demand. The opening day saw exceptionally strong auction action leading to outstanding rises on all segments. The final day though saw diverging fortunes as all crossbreds remained dearer, but the merino sector faltered heavily from the preceding day’s extraordinary gains," AWI said in its commentary for sale week 17 of the current wool marketing season.

The EMI closed the week at 1219ac clean/kg which was 102ac or 9.1 per cent higher and replicated the same percentage gains of last week. A substantially weakened AUD against the USD; by 1.2 per cent, assisted holding the USD EMI somewhat in check, but that indicator still rose 7.8 per cent or 62usc to a closing rate of 863usc clean/kg.

In AUD terms the market was last around the current prices on offer at the end of April earlier in the year, but the equivalent USD rates have not been available since early March 2020 when the pandemic situation first impacted the market noticeably.

Merino fleece types commenced the week upwards of a general 150ac dearer but then lost 60ac immediately the following day. The final result though was that all wools were sitting at levels 80 to 100ac above the opening prices. A very limited offering of ultrafine merino fleece finer than 16micron had seen gains of well over 200ac on the first day. Bidding was described as being frantic as many buyers hit the market hard to cover off risk and be in a position to create new business opportunities.

The merino skirting operators were somewhat more controlled in their operations comparatively, with the first day 100ac gain pulled back by just 25ac on the last day of auctions. Smaller availability obviously helped these descriptions hold on, but downward price pressure was the result, nonetheless.

Cardings jumped 50ac initially and then traded at around that level through to the close. Crossbreds had consistent day on day gains and were the best performing of all types. Price increases to the order of an incredible 25 per cent or 140ac were being registered on most of the offering finer than 30 micron. Broader types gained 20 per cent on a very small quantity sold.

Around 44,000 bales will be on offer at next week's wool auctions.

Since the first week of September the Australian wool market, when measured using the Eastern Market Indicator (EMI) as the base, has risen by 42 per cent in AUD and gained 37 per cent in value in US dollars. This rise has occurred in just seven weeks of selling but significantly with an average offering of 26,790 bales per week, according to AWI.
More Australian Wool Innovation Limited News... More Textiles News - Australia...

Sizing and fitting issues are inherent problems for companies expanding...