Dip in cotton yarn exports a matter of concern: TEXPROCIL 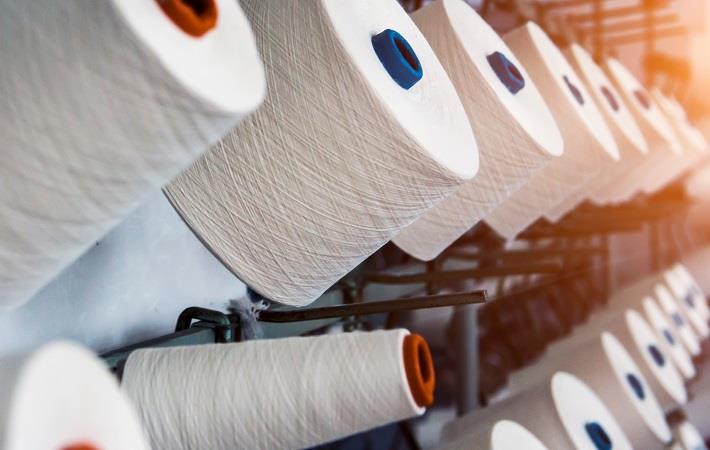 Pic: Shutterstock
Exports of cotton yarn from India declined by a sharp 38.8 per cent during the first six months of the current fiscal 2019-20, which is a matter of deep concern, The Cotton Textiles Export Promotion Council (TEXPROCIL) has said. Exports to leading markets such as China, Bangladesh, Vietnam, South Korea, Colombia and Turkey have dropped significantly.
India's cotton yarn exports fetched $1.276 billion in April-September 2019, compared to $2.086 billion in the same period of the previous year. In fact, cotton yarn exports have registered a negative growth in all the months since April 2019.
Further, exports of value added products such as fabrics and made ups have grown only by a marginal 1.87 per cent in the current fiscal. This combined with a lukewarm domestic demand has further aggravated the situation for the cotton yarn spinning sector. As a result, many of the spinning mills are reportedly on the verge of closure which may cause unemployment, TEXPROCIL chairman Dr. KV Srinivasan said in a statement.
"Cotton yarn is the only product which has not been granted export benefits such as MEIS & 3 per cent Interest Equalization Scheme. In addition, exporters of cotton yarn are at a serious disadvantage vis-a-vis competing countries due to differential import duties in leading export markets. There is an import duty  ranging from  3.5 per cent to 5 per cent on cotton yarns imported from India  into major markets like China, EU, Turkey and South Korea as against imports from competing nations like Bangladesh, Cambodia, Pakistan, Indonesia and Vietnam  which enjoy the benefit of zero duty in these markets," Srinivasan said.
Cotton yarn also bears the incidence of Central and state taxes on inputs which are not being rebated as in the case of made ups and garments. This has got an adverse impact on its competitiveness in the export markets.
"Cotton yarn is also a value added product with substantial value addition taking place within the country and its exports need to be encouraged," said Srinivasan. He also pointed out that only about 27 per cent of the total production of cotton yarn is being exported and there will not be any shortage of cotton yarn in country both for export and domestic production if exports increase.
He appealed to the government to include cotton yarn under the MEIS, 3 per cent Interest Equalization scheme and the ROSCTL ( Rebate of State Levies & Taxes ) scheme  so that exports of cotton yarn can increase and achieve its true potential which in turn will benefit the cotton farmers.

Though responsive to concerns by businesses, India needs to do more...

Wages for US workers grew 3.2 per cent over the last year, increasing ...

The global trade value of woven fabrics of carded wool (or of carded...